WAVERLY – After a push from donors and the School District 145 Foundation for Education, visitors to Waverly High School’s Viking Stadium this fall will be treated to a flashy new experience.

The new board is expected to be installed and ready for the beginning of this fall’s high school football season.

There are two goals for the project – the first is to replace the aging scoreboard that has been at Viking Stadium since it opened in 1999. District 145 Superintendent Dr. Cory Worrell said the board has been unreliable in recent years, and School District 145 Foundation for Education President Sara Martin said she recalls two soccer games last season when the board’s power completely shut down.

The second goal is to expand the district’s educational offerings. Martin said the new board will provide opportunities for students to gain new experiences in fields such as marketing, journalism and graphic design, with much of the board’s operations and content being overseen by the high school’s advanced publications course. The Foundation for Education’s policy specifies that all of its financial contributions must benefit classroom offerings.

“The foundation latched onto that idea of expanding the curriculum and experiences for kids and really ran with it,” Martin said.

The plans have been discussed for several months at school board meetings, but Martin appeared in front of the board at its June meeting to present the project’s funding strategy.

The scoreboard will cost approximately $450,000 total, and that sum includes an 11.5-year warranty payment of $5,000 per year, as well as a $65,000 upgrade to the electrical lines that connect the scoreboard and the stadium’s press box. Sound upgrades will be integrated into the scoreboard’s designs, according to a press release from the foundation.

Martin announced that Horizon Bank had already purchased the scoreboard’s title sponsorship for $100,000. The bank’s logo will be displayed across the top of the board, even when the board is powered off.

The Foundation for Education will contribute $150,000, Martin said. “Cornerstone” sponsorships will be sold on the board, too, and will be part of rotating groups of four sponsors that appear on the board after a certain time interval. Two of those sponsorships have already been sold – to Access Family Medicine and to the Waverly Viking Boosters – totaling $40,000.

The sponsorships, plus the foundation’s contribution, add up to $290,000, leaving the school district responsible for about $160,000 of the project.

“Our district would definitely have a financial commitment to this,” Worrell said. “However, when you look at what the foundation is willing to do and what Horizon Bank is willing to do, I think it’s something that gives us a great opportunity here.”

Board Member Scott Claycomb pointed out that the school district’s recent sale of the old Walton Ball Field for $205,000 would cover the district’s contribution to the scoreboard project.

The Foundation for Education plans to sell the remainder of the cornerstone sponsorships at $20,000 apiece, and Martin said she has meetings with potential sponsors scheduled throughout the month.

Once that vision is completed, the last step of Forward Maroon is to upgrade the plaza and concessions area that serves Viking Stadium and the softball field. Martin said the renovated concession stand would serve as a student-operated restaurant.

“So, we would introduce a new class into the consumer science curriculum, and those students would learn about restaurant entrepreneurship and owning things like a concession stand as a restaurant,” Martin said.

The school board voted unanimously to approve the purchase of the new scoreboard through Omaha-based ScoreVision.

The foundation’s press release predicts that 35,000 people will attend an event at Viking Stadium in the next year. Worrell said he thinks the new scoreboard will be a worthwhile investment for the district, its community and its students.

Sam Crisler is a reporter for The Waverly News. Reach him via email at samuel.crisler@wahoonewspaper.com.

Waverlyfest to take over town for Fourth of July weekend

WAVERLY – Tracy Hernandez lived in Lincoln for many years before she moved to Waverly five years ago.

WAHOO – Picturesque Lake Wanahoo will again be the backdrop for the annual fireworks show to celebrate July Fourth in Wahoo.

WAVERLY – The sun was beating down on Father’s Day afternoon, when five Waverly Boy Scouts saw more than a decade of hard work reflected in a …

WAHOO – The Wahoo Board of Education’s regular monthly meeting lasted three hours, with the bulk of the discussion centered on the future buil…

WAHOO – In the Old Testament, the Israelites celebrated a Year of Jubilee every 50 years. This special year would include forgiveness of debts…

ALL SMILES- Recently the Eagle 8U White baseball team finished in third place at the Cass Little League Tournament. Pictured (front row, from …

Kauble to step down from VSO 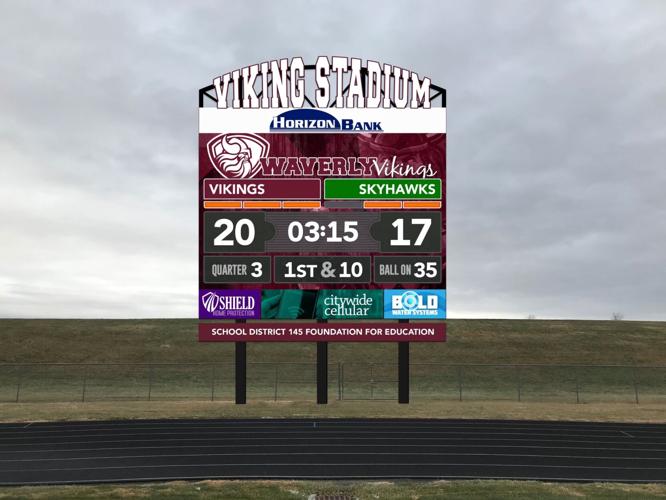 VIVID: A new LED video scoreboard will replace the aging Viking Stadium scoreboard, which has been faulty in recent years. The new board is expected to be installed and ready for the fall football season. (Image courtesy of School District 145 Foundation for Education) 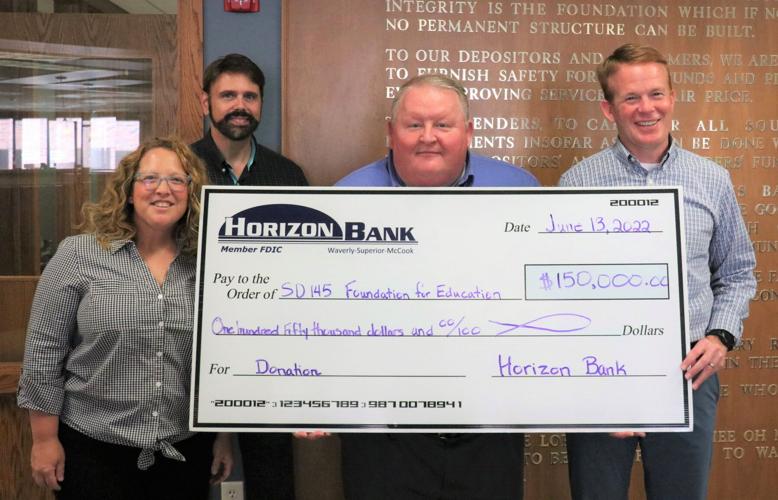