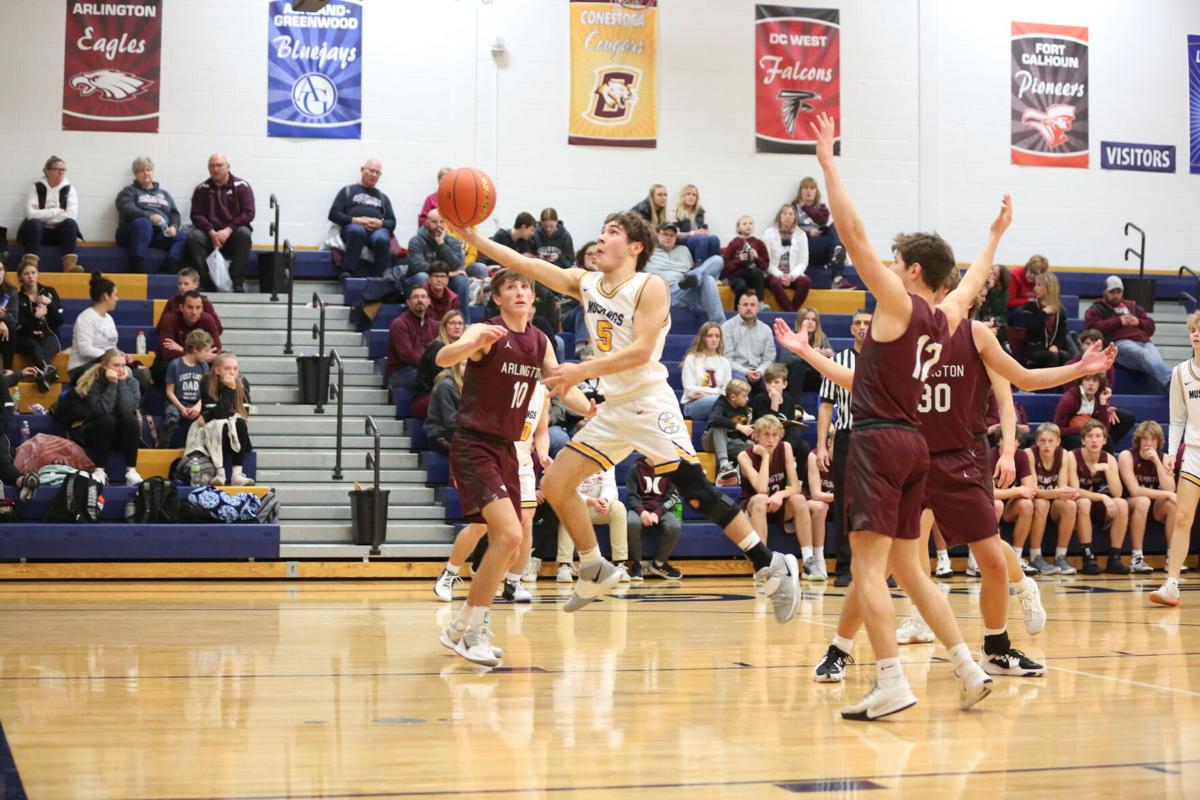 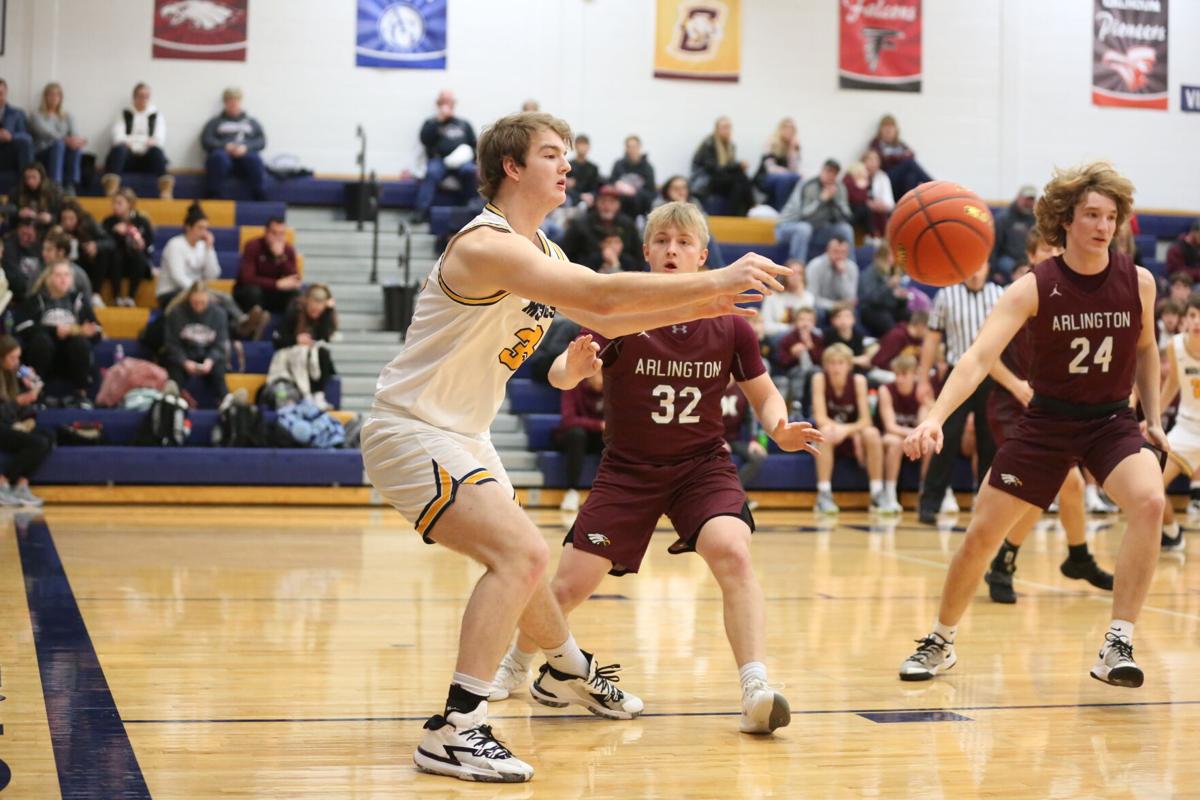 NORTH BEND- It was a tough week for the Raymond Central boys basketball team last week with three losses in three games played. It started with a 73-50 loss to North Bend on Jan. 4, and then they fell to Arlington 55-37 on Jan. 7 and concluded the week with a 47-37 loss to Centennial on Jan. 8.

Against the Tigers in a makeup game from the prior week, the Mustangs only trailed 18-16 at the end of the first quarter.

That changed in the second when North Bend held Raymond Central to just seven points. After scoring 16 points the Tigers had a 34-23 halftime edge.

Another tough quarter during the third ended any chance of the Mustangs getting back into the game. They were outscored 20-8 and were behind 54-31 heading to the final frame.

Rylan Stover helped Raymond Central score 19 in the fourth with a made three-pointer. He was also the team’s leading scorer with 13 points.

On Friday against Arlington, the Mustangs were without two of their normal starters in Andrew Otto and Eli White. This resulted in the game getting out of hand against the Eagles and Raymond Central falling by 18 points.

Early on the Mustangs were up 7-4 when Josh Masek grabbed a rebound and scored. A three by Stover made it 12-10 in favor of Raymond Central.

Arlington had a four-point scoring run to end the first and grabbed a 14-12 lead.

The Eagles continued to dominate the next three quarters outscoring the Mustangs 41-25. A huge issue for Raymond Central in the game is the fact they only had 14 rebounds.

Dropping in ten points for the Mustangs was Fredrickson. Svoboda scored seven, Austin Keifer and Masek had four, Tate Roubal and Potter each made three, and Stover, Reid Otto, and Josh White had two points.

In the first half against Centennial, the Broncos were beaten on the scoreboard 25-13.

A three from Stover sparked a 16 point offensive spurt in the third. This helped Raymond Central cut the lead to 32-29.

Centennial, who had an 8-4 record after this win, did what they have done in previous games and that was close. They scored 15 points and held the Mustangs to eight in the fourth.

Fredrickson was once again the leading scorer for Raymond Central with seven points. Roubal, Stover, and Eli White all had six, Masek finished with four, Svoboda and Keifer each had three, and Potter scored two points.

Raymond Central was at home against David City on Jan. 11. They play Class C-1 No. 1 Ashland-Greenwood on Jan. 14 at home as well.

WAVERLY — Andy Grosshans will keep his seat on the District 145 Board of Education after all.

Mustangs come from behind against Broncos on the road

UTICA- It took a late fourth-quarter comeback, but the Raymond Central girls basketball team was able to finish the week 2-1 with a 39-34 vict…

Truck stolen, cars broken into in Waverly over weekend

WAVERLY – A pickup was stolen, a man was assaulted and vehicles were rummaged through early Saturday morning in Waverly, the Lancaster County …

OMAHA- Winning is becoming a habit for the Class B No. 9 Waverly wrestling team. They continue to put themselves in a good position to make th…

WAHOO – During the first meeting of 2022, the Greater Wahoo Development Foundation elected four new members to the Board of Directors on Jan. 5.

WAVERLY- Coming into this week, the Class B No. 8 Waverly Boys Basketball had a daunting task in front of them with two games against rated op…