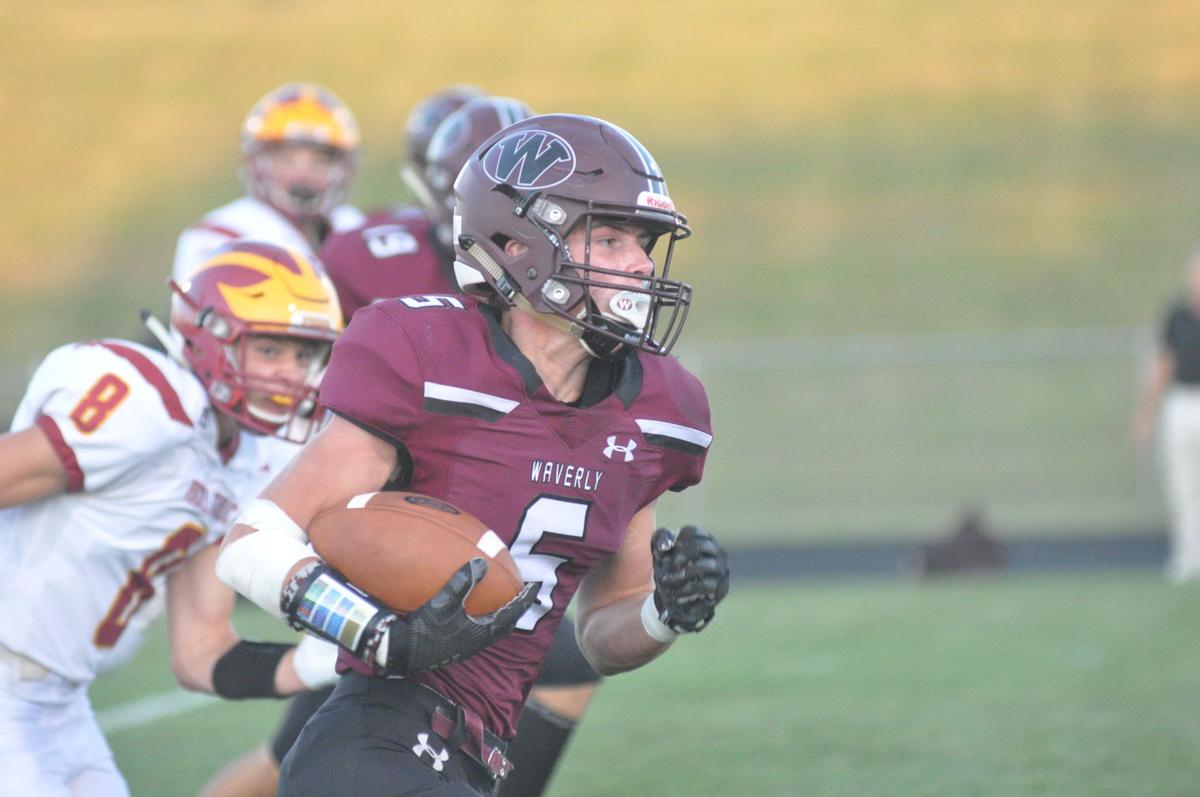 SCHAWANG AWAY: Waverly running back Zane Schawang runs for one of his two touchdowns against Omaha Roncalli on Sept. 13. 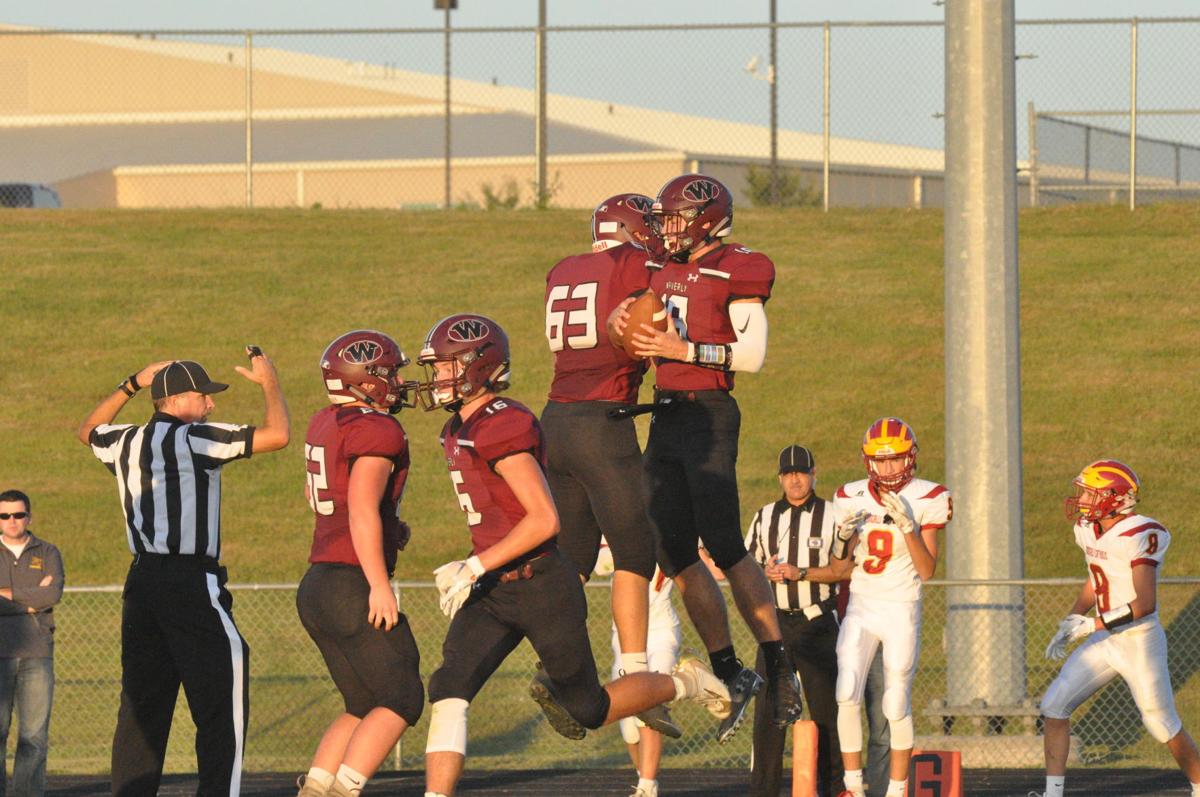 SCHAWANG AWAY: Waverly running back Zane Schawang runs for one of his two touchdowns against Omaha Roncalli on Sept. 13.

WAVERLY – No. 5 Waverly used its dominant running game to take over the second half as it amassed 621 rushing yards on its way to beating No. 4 Omaha Roncalli 48-33 at Waverly, Friday, Sept. 13.

The Vikings running game could not be slowed all night long as three different Waverly backs ended the night with 100-plus rushing yards.

The first half was a back-and-forth affair between two of Class B’s best teams.

Viking senior quarterback Mason Nieman started off the scoring with his first of two touchdown runs for the evening.

“Mason is a leader for us both on and off the field,” Manstedt said about his quarterback. “He’s played with a lot of confidence right now and I thought when he threw the ball, he threw the ball efficiently tonight.”

Roncalli would answer quickly through the air as Crimson Pride senior quarterback Jack Dotzler found sophomore Darik Rodgers in the end zone to tie it at seven.

Two plays later junior running back Zane Schawang would put Waverly back in the lead with a 62-yard scamper. Schawang would end the night with 216 yards rushing on 21 carries and two touchdowns.

Roncalli would tie the game again four plays and just over a minute later on senior running back T.J. Hamilton’s 14-yard touchdown run.

The first quarter would end with the teams tied at 14 but the pace would slow for the rest of the half.

Each team would put the ball in the end zone before half time. Waverly on a 70-yard sweep by senior receiver Noah Stoddard, and Roncalli on another Dotzler pass.

The only difference as the teams headed to the locker room was that junior Evan Canoyer made all Waverly PATs and Roncalli had missed one to make it 21-20.

The third quarter would bring three touchdowns by Waverly’s three-headed monster of a backfield as the Vikings assault on the ground took its toll.

Offensive coordinator Brian Benson pummeled the Crimson Pride between the tackles all night until the defense gave way and the speed of the Vikings broke through.

The first play from scrimmage of the second half, Nieman cracked the Roncalli defense for a 63-yard touchdown and a 28-20 Viking lead.

Roncalli finished the night with 547 yards of total offense but Waverly would get key stops in the third quarter.

After forcing a Roncalli punt, it was Canoyer’s turn to take the Vikings to the end zone.

A drive that started back at the Waverly 20-yard line, the Vikings marched down and capped off the drive with Canoyer’s first of two touchdown runs on the night, a 13-yarder.

On Roncalli’s next drive, the defense made their presence felt again.

Larsen broke through the Roncalli offense and sacked Dotzler. The impact caused Dotzler to lose the ball and three plays after scoring the Viking offense was taking over again.

Schawang broke through the left side and made a couple Crimson Pride defenders miss on the second level and he was gone.

“The thing we love about Zane is he always makes the first guy miss,” Manstedt said, “and he’s got speed so when he gets past you, he can go.”

All told, the Vikings would end the night with 659 total yards and seven touchdowns.

The offense did lose two turnovers, a bad snap and a Schawang fumble near the goal line in the third quarter, but despite the hiccups the Vikings overpowered the Crimson Pride.

“Coach Benson and Coach (Brian) Jackson did a fantastic job putting together a game plan tonight,” Manstedt said. “Credit the kids for executing it.”