A plan to address racial disparities and discrimination at the University of Nebraska-Lincoln was met with derision by Republicans on Thursday.

Among the responses, Gov. Pete Ricketts accused UNL Chancellor Ronnie Green of misrepresenting Ricketts' position on the Commitment to Action, a document outlining various ways the university intends to promote diversity and inclusion on campus.

The document emerged from a nearly 18-month process following the killing of George Floyd by a Minneapolis police officer in May 2020, and the widespread protests and demonstrations that followed, including in Lincoln.

Led by six faculty members, the Journey for Anti-Racism and Racial Equity held a series of meetings with faculty, staff and students, ultimately summarizing the themes of those conversations into five areas.

* Advancing diversity and inclusion across the institution.

* Positioning excellence and learning through diversity.

* Acknowledging the impact of COVID-19 on racial minorities and other under-resourced communities.

Ricketts calls on fans to act respectfully, speaks out about response to kneeling players

Each theme was also supported with a series of actionable steps assigned to various administrative offices on campus.

Broadly speaking, the themes set forward plan for the university to create more support and outreach programs for students of color, develop new academic programs with diversity and inclusion in mind, and reexamine policies and practices to ensure broader involvement from minority groups.

UNL said it will also review its hiring practices and how it is retaining employees from racial minority groups, and offer workshops on inclusive recruitment to broaden its diversity among faculty and staff, including in Husker athletics.

It will also review the required general education courses centered on culture diversity to ensure they meet “a more rigorous and specific definition of diversity,” and will remove classes that do not meet that standard.

The flagship campus also plans to work with Lincoln Police “to prevent the poor treatment off campus” of minority students and faculty, and look for new ways to engage minority-owned businesses, particularly Black-owned businesses in Lincoln.

Green briefed several people on the plan and its contents Tuesday, including Ricketts, before the document was released publicly Wednesday.

The plan, which does not require approval from either NU central administration or the Board of Regents, was met with opposition by other Republicans in the state after it was published.

In a statement Thursday evening, Ricketts indicated he told Green he opposed the plan, which he said would “pit people against each other by conditioning everyone to see others through the lens of race rather than as individuals with unique strengths.”

Ricketts also said Green has “misrepresented” the governor's position on it in conversations with other university stakeholders.

“He has told people that I support it, and nothing could be further from the truth,” Ricketts said.

Spokeswomen for UNL as well as the university system declined to comment on Ricketts’ claim.

Regent Jim Pillen of Columbus, who is running for governor in 2022, on Wednesday called the plan “wrong” and “unconstitutional,” referring to Nebraskan’s ban on affirmative action approved by voters through a ballot initiative in 2008.

“It is unacceptable that the Board of Regents was not informed about this journey plan until after the ink was dried,” Pillen said in a statement.

Pillen previously sponsored a resolution banning “the imposition” of critical race theory on NU students, which he called “un-American.”

Critical race theory, which examines systemic inequalities through the lens of race, is typically taught in law schools.

After a lengthy public hearing where a majority of speakers opposed Pillen’s resolution, regents defeated the measure on a 5-3 vote in August, but critical race theory remains a campaign issue both here in Nebraska and elsewhere.

Sen. Julie Slama of Peru, who is also a law student at UNL, blasted the plan in a Facebook post, which prompted many responses from followers calling on the Legislature to defund the university.

“As a state senator, I’m shocked that our taxpayer dollars are being used to support this activist agenda,” Slama wrote. “As a current student, I’m worried about what steps will be taken next to shut down discourse on the UNL campus.”

In the announcement Wednesday, Green said the Commitment to Action was “not a one-and-done plan.”

“It is one step in our long-term, and critically important, journey to a more diverse, inclusive and equitable university,” Green said. “And, it will be an active process for us to achieve excellence in learning, teaching, student development, instructional operations and engagement in local and global communities.”

Watch Now: Who should get a booster shot?

Watch Now: Who should get a booster shot?

Man shot by state trooper in Lincoln dies at hospital

Officials said the expenditures are necessary to ensure their jurisdictions do not run afoul of extensive guidelines dictating how the money must be used. The city of Lincoln took a different route.

The University of Nebraska and Creighton University have launched a massive study to monitor the former biofuel plant's effects on the environment, wildlife and humans over the next decade, a project that could cost $10 million.

When they tested positive, their expected 12-day trip turned into an expensive, extended ordeal as they tried to navigate the various requirements to get back on an airplane and return to the U.S.

Judge Matthew T. Schelp of the Eastern District of Missouri granted the injunction against the Centers for Medicare and Medicaid Services.

The board voted 12-0 to hire Karl Elmshaeuser, the former head of the U.S. Department of Agriculture's Rural Development program in Nebraska, as the Nebraska Environmental Trust's new director.

About 500 Afghan refugees have arrived in Nebraska; resettlement agencies swamped

Finding housing is proving to be a challenge. While many people have been placed in apartments or rental houses, some are staying in such temporary lodging as Airbnbs and extended-stay hotels for now.

Former President Donald Trump called for a Republican to challenge Rep. Don Bacon because he voted in favor of a bipartisan infrastructure bill.

The Husker legend stressed that unvaccinated COVID-19 patients in the state's hospitals outnumber those who are vaccinated by 11 to 1.

Diana Hutchison of Council Bluffs did the same thing to the Platte County Historical Society in Columbus, where she got away with $2,625, and $4,500 from the city of Rushville. 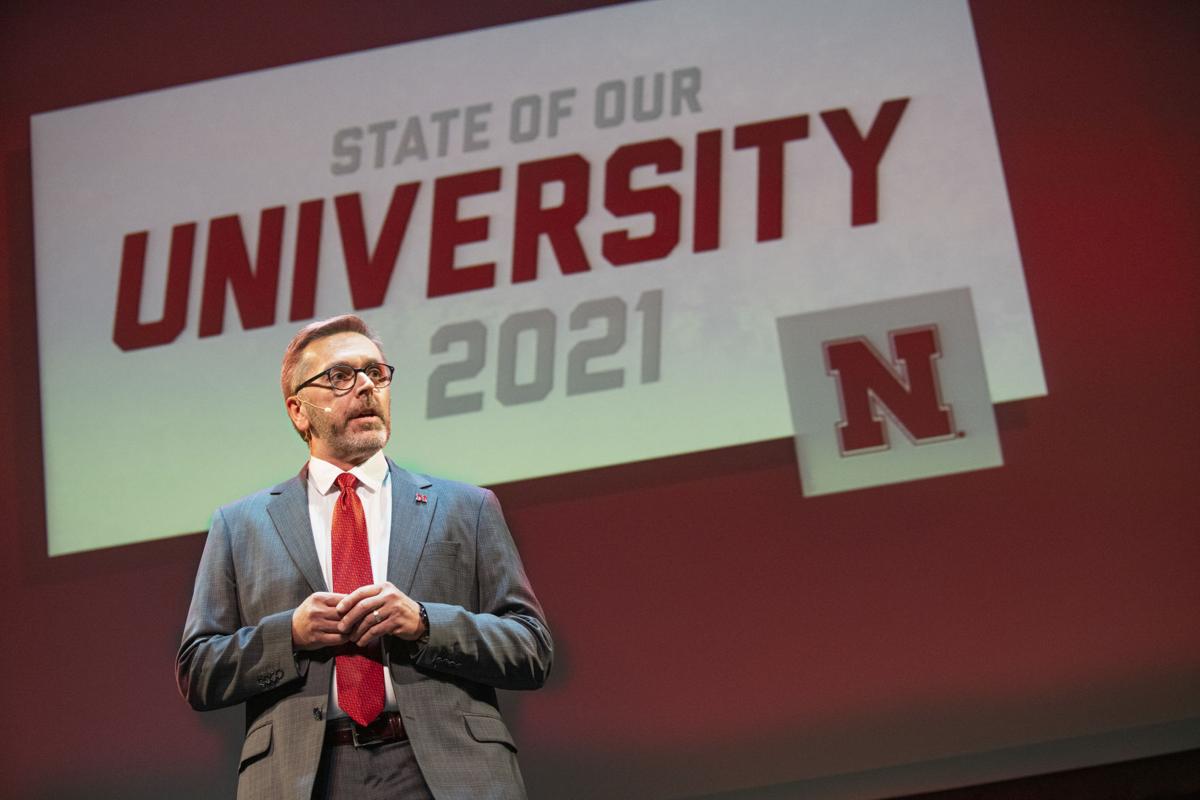 University of Nebraska-Lincoln Chancellor Ronnie Green remotely delivers his state of the university address in February. 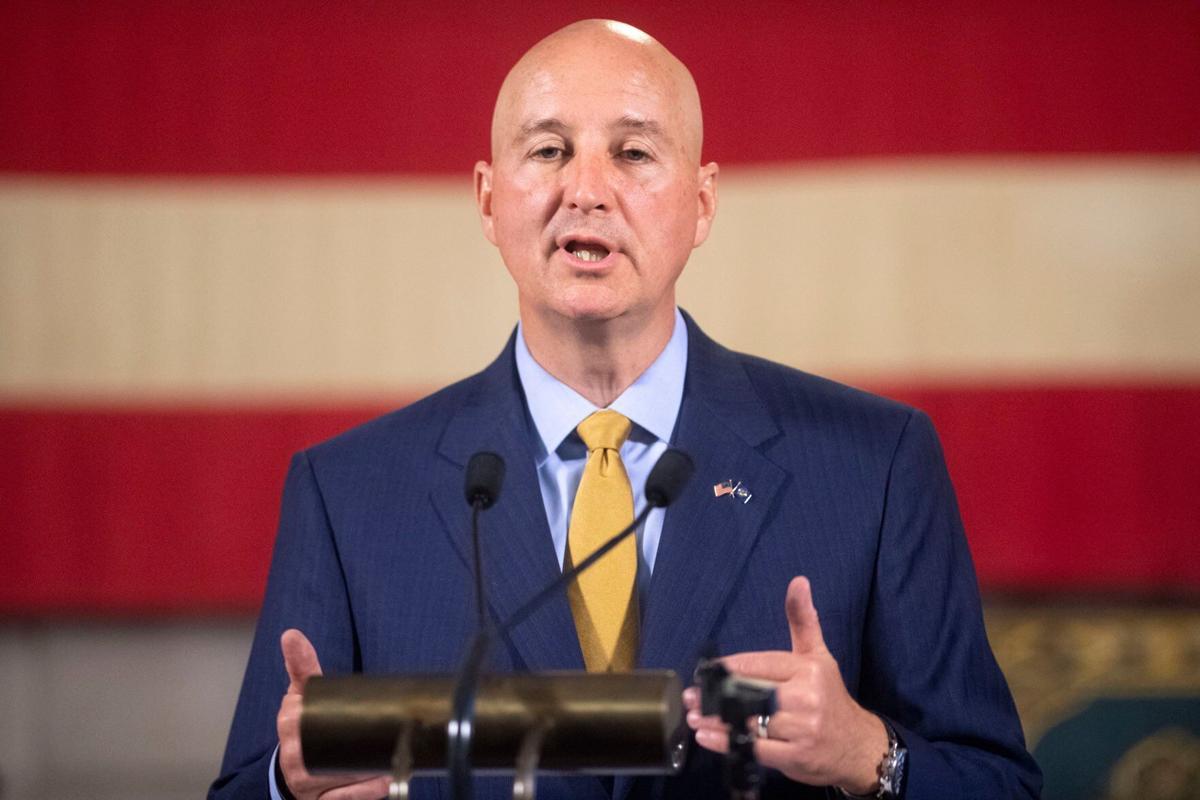 Gov. Pete Ricketts speaks during a news conference in August.