Little Germani and Gamani Pettis-Grayson brought love and joy to their friends, family and neighbors, including the grown-up ones. And their mother, Rameshia Pettis, was right there with them, literally and figuratively.

“They were very outgoing, outspoken, just living life to the fullest,” said Nyabuay Thot, a close friend of Pettis and mother of some of 6-year-old Germani’s and 5-year-old Gamani’s good buddies. “They were always smiling and laughing and just happy, happy, happy kids. Every time you’d see them, they’re just full of life and joy.”

Thot described Pettis as a happy and protective mother who was as quick to share what she had with her neighbors as her boys were to share their toys with friends.

The brothers lost their lives in a fire early Saturday in their home at Southside Terrace Garden Apartments in Omaha. Pettis, who goes by Mimi, was fighting for her life in the burn unit of a Lincoln hospital after being critically injured in the fire, apparently while trying to save her children.

Germani and Gamani were pronounced dead after being taken to the Nebraska Medical Center, a police spokesman said Monday. Pettis, 28, was also taken to the hospital for treatment. She was later transferred to the burn unit at St. Elizabeth Regional Medical Center in Lincoln, where she was listed Monday in critical condition.

Pettis’ mother, Sherronda (Pettis) Cribbs, said her daughter suffered multiple severe burns and had severe cuts to both arms. Cribbs said she was told that Pettis had broken out a window with her hands in a desperate attempt to help the boys escape.

“I just know that my grandkids died in a fire, and my daughter almost died trying to get them out,” Cribbs said. “They told us that she was fighting her way to save her kids. She’s a hero to me.”

A GoFundMe drive is raising money to pay funeral expenses for the boys.

The fire occurred about 6:30 a.m. Saturday at 5410 S. 29th Ave. That’s a two-story apartment in the 70-year-old Southside Terrace, Omaha’s largest public housing complex and home to about 1,200 people in more than 330 apartments.

Light smoke was visible as fire crews arrived at the scene, authorities said, although a next-door neighbor, Bola Mugaye, who reported the blaze, said she saw smoke and fire coming from the apartment. Crews quickly extinguished the blaze after entering the building, authorities said.

The cause of the fire was under investigation.

Firefighters found the boys and their mother inside and brought them out. Mugaye, Thot and another neighbor, Gina Miller, said firefighters carried one boy to an ambulance and performed CPR on the other child and Pettis on the ground outside the apartment.

“They told us she still had a pulse and they brought her back,” Cribbs said.

Mugaye, whose apartment shares a wall with Pettis’ apartment, said she became aware of the fire after her mother was awakened by what sounded like people throwing things around next door. It wasn’t until Mugaye’s mother woke her up that they smelled smoke, looked out the back door and saw smoke and fire coming from the first floor of Pettis’ place.

Mugaye called 911. She pounded on the family’s door but received no response, which made her think that maybe Pettis, Germani and Gamani had gotten out. Mugaye directed firefighters to the burning apartment when the trucks arrived and soon after realized in horror that the family had not escaped.

They must have been trapped upstairs by the fire on the first floor, which appeared to be coming from the kitchen, Mugaye said.

On Monday, friends and family were trying to come to grips with the grief over the boys’ death and the struggle facing their mother.

“I just told my son, and he was broken down,” Thot said. “I just told him God brings angels, and you see them for a little while, but after while, He takes them back. And I told him those two were his angels, and they will always be in his heart.”

Gamani went to a day care and preschool. Germani was receiving educational services at the University of Nebraska Medical Center’s Munroe-Meyer Institute, Sherronda Cribbs said. Her husband, Curtis Cribbs, took the boys to school and brought them home every day.

“He loved his grandsons,” she said.

When their grandpa brought them home, they often ran to play with their friends. Mugaye said she was always happy when Gamani and Germani came to play with her son because they were so joyful and kind.

“They had a little bus toy that they played with that you could ride on,” Mugaye said. “Mimi would always bring it outside for them to play with, and they would push each other and the other kids around on it.”

She said Pettis was a “really good mother” who was nice to the other children and families, too.

Thot echoed that, adding water balloons and barbecue to the list. She described Pettis as a loving, protective and patient mother. If one of her boys was having a tantrum, instead of yelling at him she would talk him through it to figure out how to help him.

“I learned a lot about patience and loving from her,” Thot said.

The fire caused an estimated $5,000 in damage to the building. Smoke detectors were present, but it was unclear if they alerted the occupants, an Omaha Fire Department spokesman said.

Joanie Poore, Omaha Housing Authority’s CEO, said the only recent maintenance order for Pettis’ apartment was a report that the smoke detector batteries were out in August. She said that they were replaced and that fire officials said the alarms were in working order Saturday. There had been no reports of electrical or heating problems in the apartment, she said.

“It’s a tragedy that this fire has taken the lives of two young children and critically injured their mother,” Poore said. “We’re deeply saddened and will continue to support the family and extended family in any way we can.”

Sherronda Cribbs said she was receiving an outpouring of support from the community Monday. Meanwhile, she was beginning to plan a funeral for her grandchildren while her daughter lay in a coma.

Gamani loved a little dog in a police uniform in the “Paw Patrol” show, Cribbs said. His big brother, Germani, loved Grover from “Sesame Street.” They toted around plush toys of the characters they doted on, and introduced them to people they met. Those toys were destroyed in the fire, Cribbs said.

“They loved those toys,” she said. “I’m trying to find a Grover and a Paw Patrol toy to put in their coffins.”

Get the latest in local public safety news with this weekly email.

Sarpy County Sheriff Jeff Davis said the body was found about three-quarters of a mile from the crash site up against a fence line.

Police and emergency crews were called to the JBS meatpacking plant in Grand Island at about 3:30 p.m. Friday on a report of a head injury. The worker, Esteban Mantilla of Grand Island, was later pronounced dead at the hospital.

A look at how past actions by lawmakers have played a role in Nebraska's nation-leading incarceration spike.

Federal prosecutors are recommending against jail time for an Omaha-based “social media influencer” who filmed himself participating in the Jan. 6, 2021, attack on the U.S. Capitol.

Columbus officers respond to call of a person who fell; he allegedly tells them of homicide

Columbus police arrested a man Sunday on murder charges after the man first responders assisted after he fell outside allegedly told them that he killed a man.

About two hours after the crash, the driver's preliminary breath test was .156 — nearly double the legal limit.

An Omaha man who fled to Nicaragua while awaiting trial on child enticement charges won’t be going to any remote locales anytime soon. His next destination: Tecumseh or Lincoln. In prison.

A trooper saw a Ford Explorer fail to signal a turn after exiting Interstate 80 at mile marker 360, near Waco. During the traffic stop, the trooper became suspicious of criminal activity.

The prosecution noted the power and manipulation that William Quinn had not only over the victim but also over the adult men to make poor decisions. 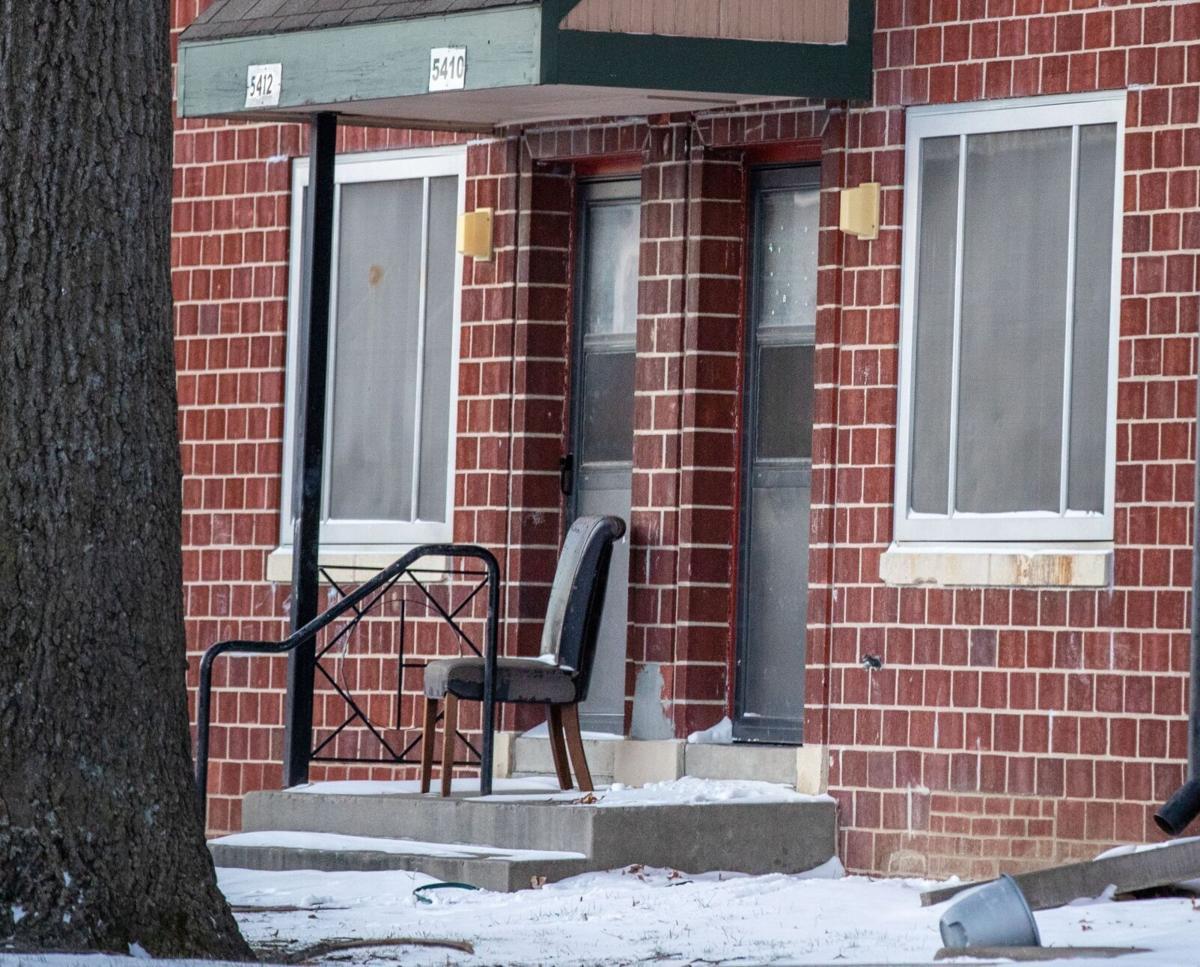 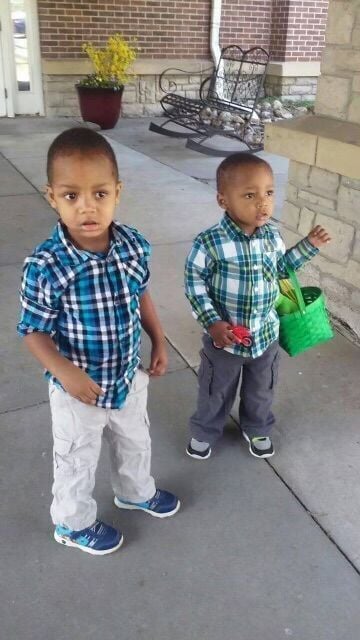 Germani and Gamani Pettis-Grayson lost their lives in an apartment fire early Saturday. 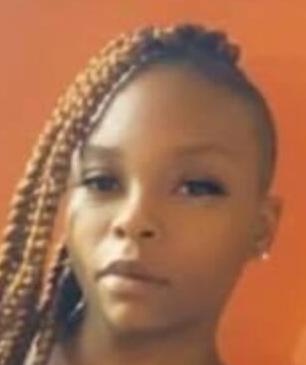