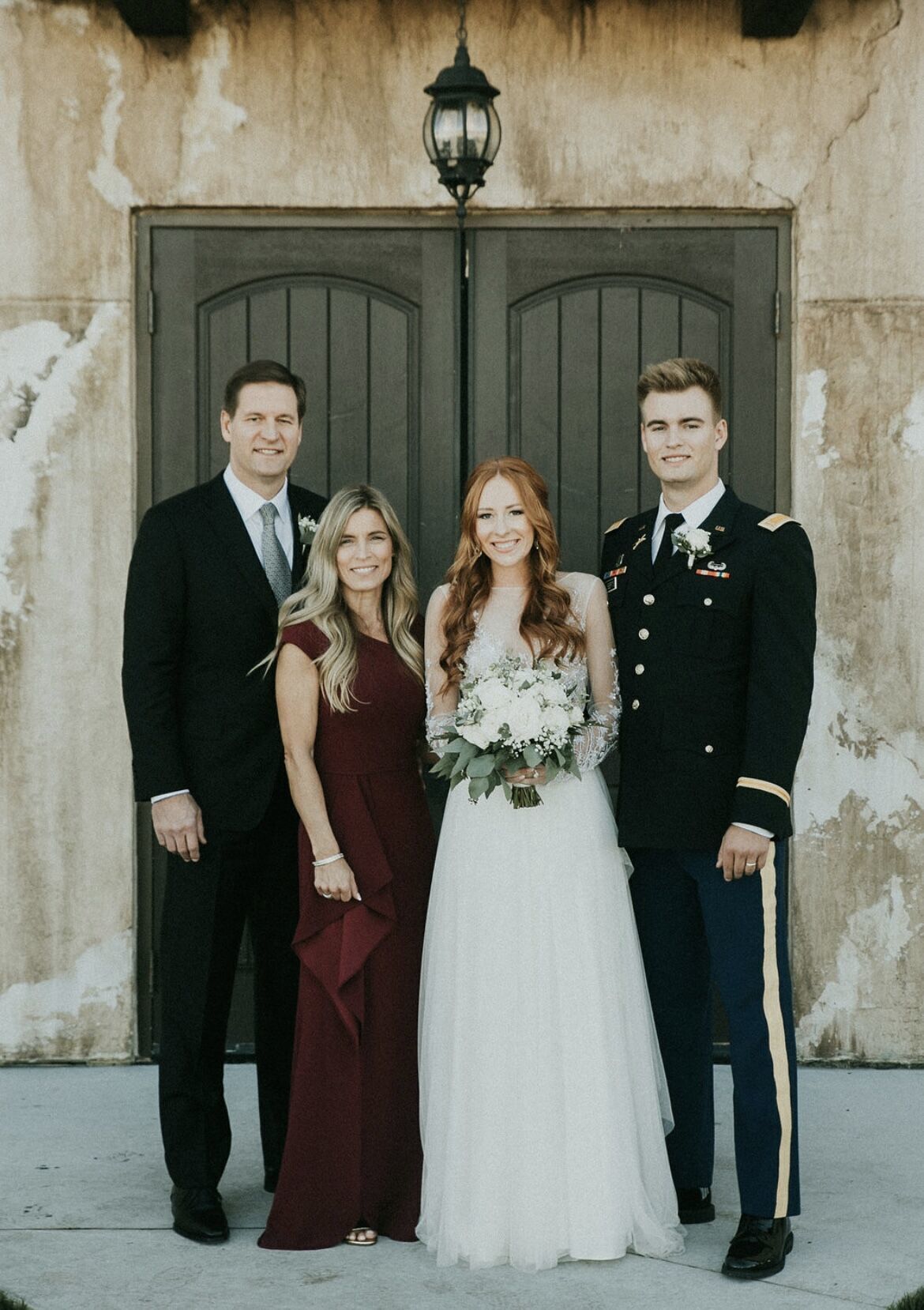 The couple with the groom's parents. Trev Alberts is the athletic director at the University of Nebraska-Lincoln. 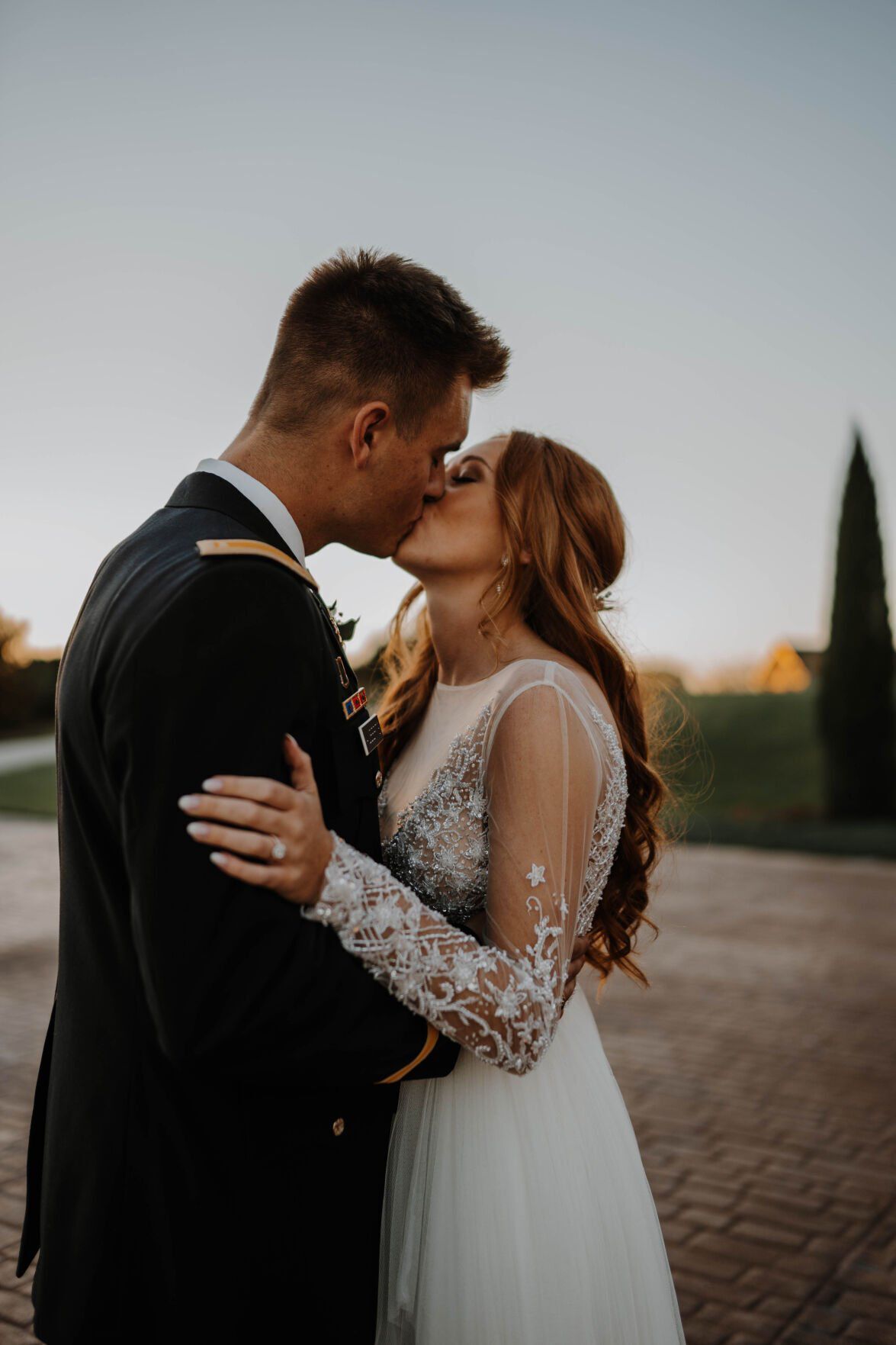 The couple re-created their first date when Chase proposed. 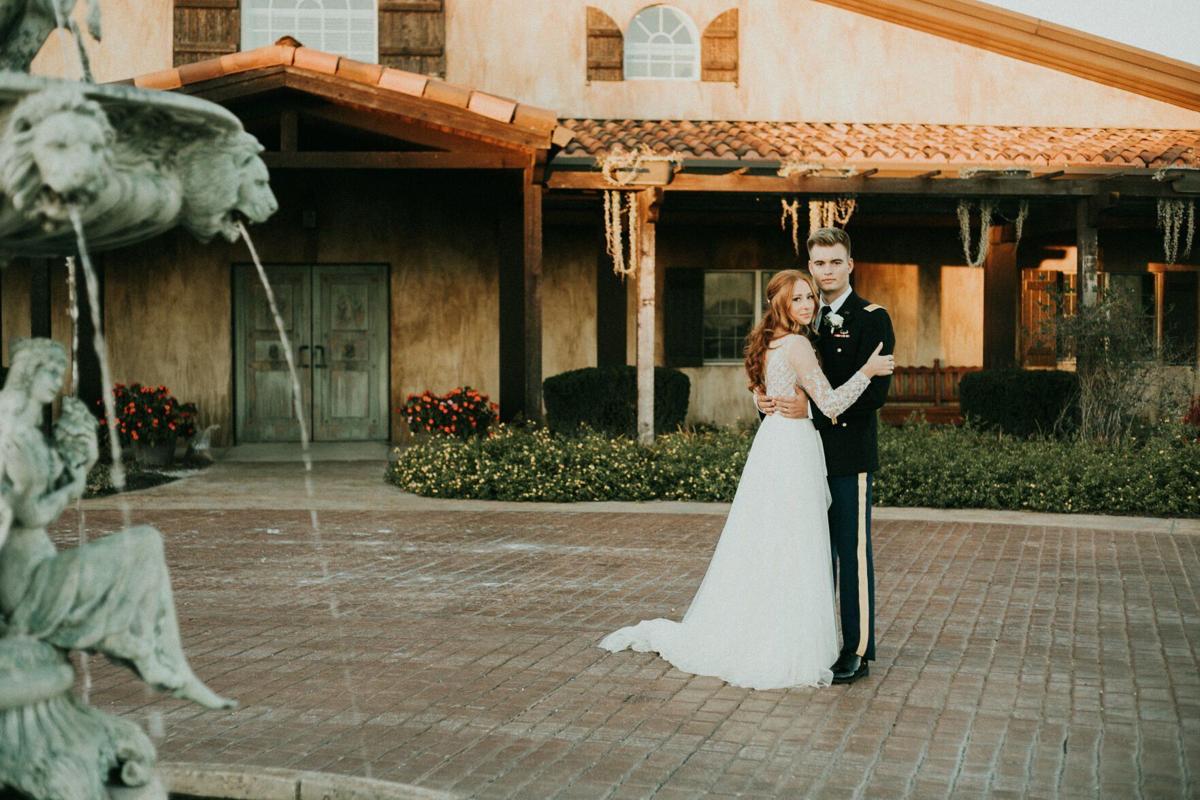 They had to marry on a Husker football Saturday because that was the only date available at their venue. 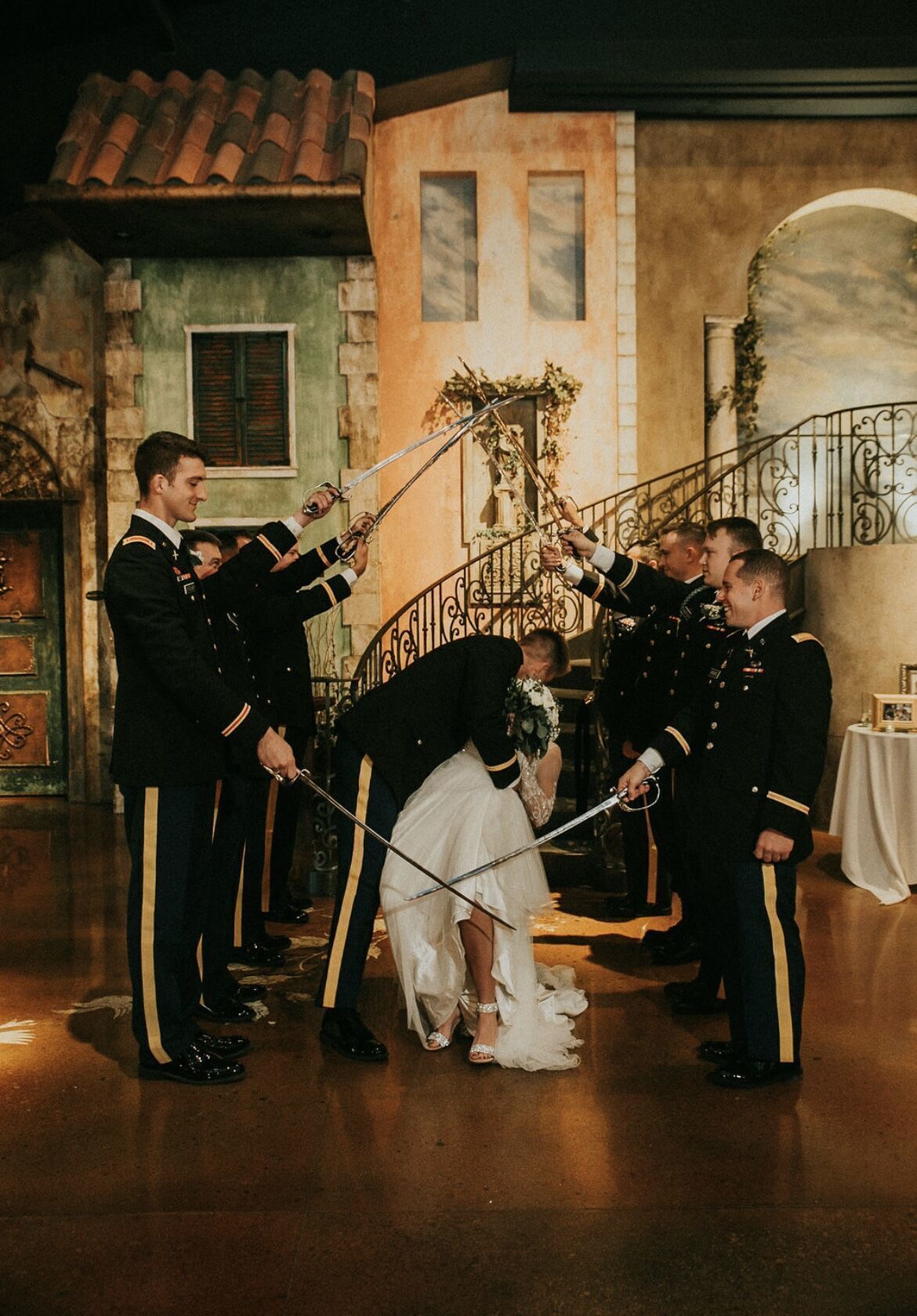 Since Chase is in the Army, the couple did a saber ceremony with his West Point and Army friends for their grand entrance. 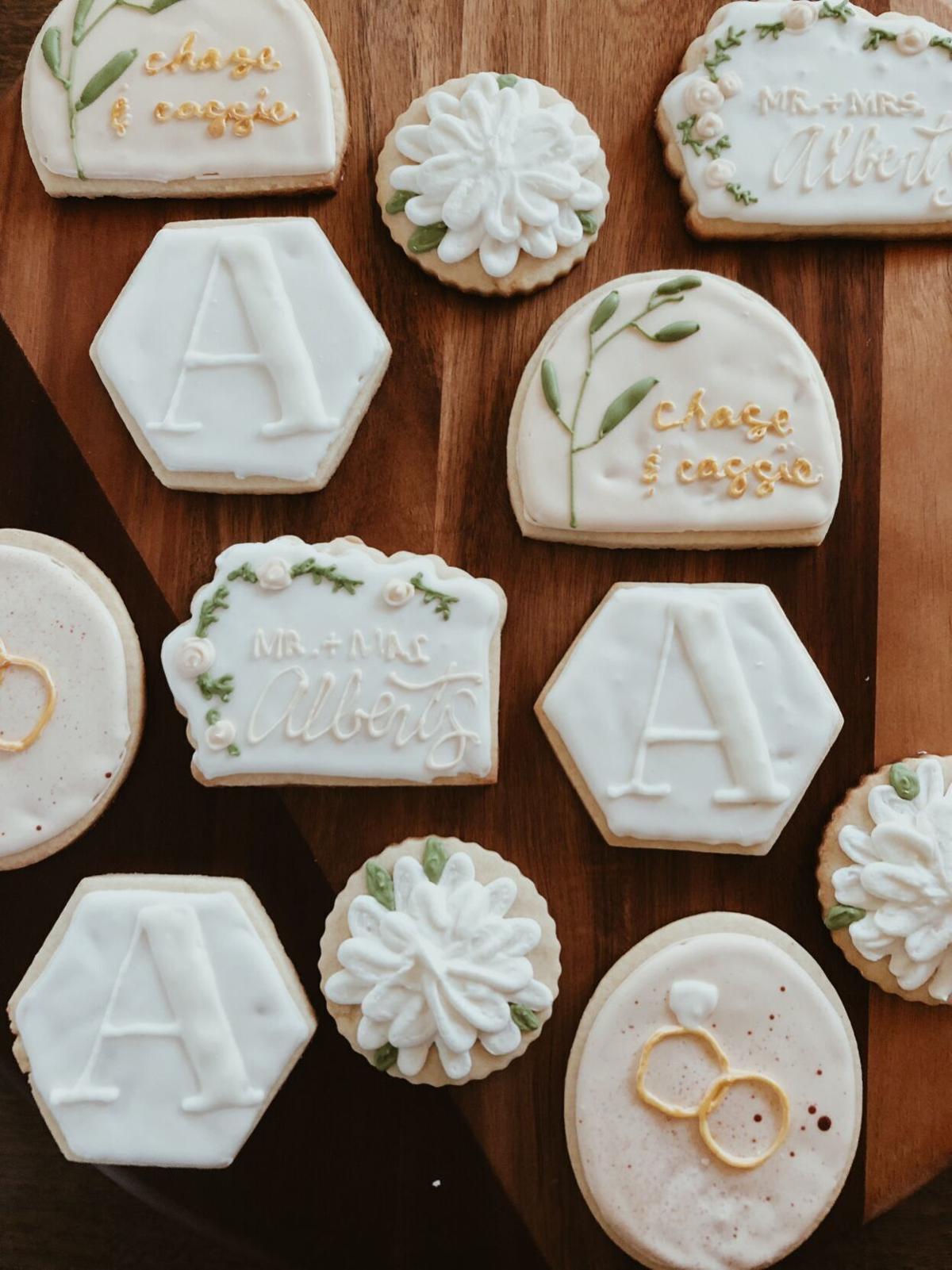 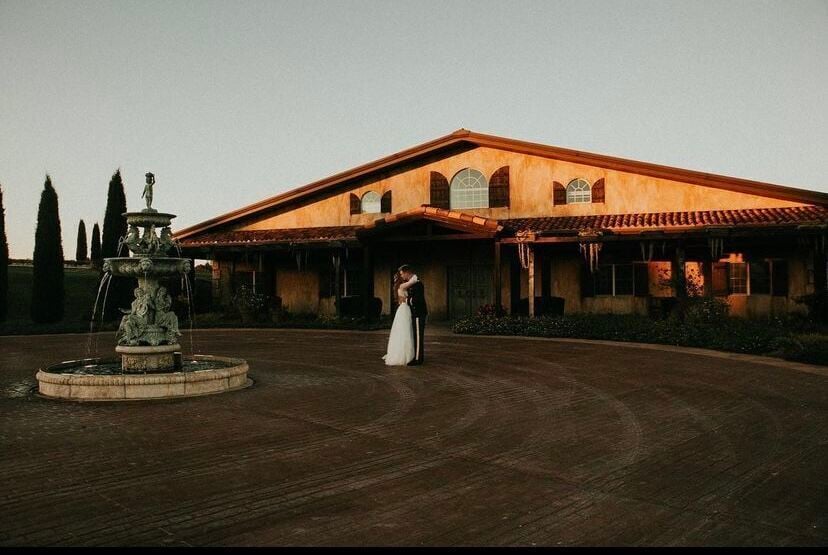 Bella Terre Vineyard was so busy they had to hold their rehearsal the morning of their wedding.

During his days as the athletic director at the University of Nebraska at Omaha, Trev Alberts earned an assist that didn’t get much attention … until now.

Alberts, who has moved on to the same position at the University of Nebraska-Lincoln, introduced his son, Chase, to his new bride. Cassie Noble interned in the UNO athletic department.

“Chase’s dad told him there was a girl he just had to meet,” Cassie said. “The rest is history.”

The couple were married Oct. 30 and soon will be moving to Savannah, Georgia. Chase is a West Point graduate and a member of the U.S. Army.

“Moving away from friends and family to take on Army life down south — quite an adjustment from Nebraska,” Cassie said.

The couple re-created their first date and visited several significant locations before Chase proposed in a gazebo in his neighborhood. The celebration continued with friends and family at his parents' house.

They wanted an Italian Renaissance meets rustic vibe for their big day. They couldn’t avoid a Nebraska football day; it was the only October day open at the Bella Terre Vineyard. The venue was booked the night before, too, so they had to hold their rehearsal that morning.

One of the funniest moments at the wedding came when best man Mason Palmer compared their relationship to COVID-19, stating that nobody thought it would last more than two weeks but here they were, 18-some months later.

A sweet moment came when guests sang "Happy Birthday" to mother of the bride, Stacey Noble, who has a birthday in October.

Everything was captured by a videographer, something that was a must for Cassie.

They had their DJ collect suggestions from guests, so everyone could dance to their favorite songs. Pizza arrived before the party ended for anyone who had danced off their dinner.

Cassie said couples shouldn’t be afraid to make decisions. Everyone wants you to have the best day possible.

“That being said, when planning is all said and done, don’t sweat the small stuff,” she said. “There is no such thing as a perfect day. Just enjoy the hard work you put in.”

Cassie said Complete Weddings made sure everything was seamless.

Cassie and Chase say their favorite wedding gifts were steins from Germany from friends Dalton and Katerina, who are stationed there.

“The gift was a reminder to us about the effort and sacrifices all of our friends made to celebrate with us on our special day,” they said.

Since Chase is in the Army, they did a saber ceremony with his West Point and Army friends for their grand entrance. Cassie gave Chase a customized whiskey decanter set and he gave her a jewelry box.

Chase said he was able to keep it together for their first look but then he had no chance when Cassie walked down the aisle.

“I literally could not take my eyes off of her, she was the most beautiful bride,” he said.

Cassie said Chase was a trooper through all of the planning, making sure she had a perfect day.

"I know it was the perfect day, because we were clearly the ones having the most fun.”

The couple had hand-made signs pointing out where the food and guest book were located. Some of their table runners were curtains they bought at the Goodwill that they cut in half and sewed together.

The couple wanted an evening of vintage glamour and the Orpheum Theater was a dream come true: abundant florals, gold candelabras and a sea of champagne.

'Love will keep us together': Omahans' '70s-inspired wedding featured wicker, macramé and romance

Omaha couple's wedding was 'A Sunday Kind of Love' celebration

The bride said don’t let what you think you are supposed to do get in the way of the story that you want to tell. “Make your wedding personal.”

Cody proposed at his birthday dinner to make sure Perri wasn’t expecting it. They decided to marry in October because they both love the transition of seasons and the cool fall air.

From ice cream to dance tradition, local couple's wedding was 'paradise' at the Cottonwood Hotel

Katherine’s mom's side of the family has a tradition where all the men stand on one side of the dance floor and the women on the other. Then they sing Meat Loaf's "Paradise By the Dashboard Light."

An Omaha skydiver proposed to his boyfriend during a jump, and also made a big landing during the reception.

After dating for four years, Omahan Nic Peterson proposed to his girlfriend Claire Beshaler on the day after Thanksgiving at her family home in Arnold, Nebraska.

Autumne and Samuel Hovde had to stop at a bank between their ceremony and reception when they realized that their wedding license wasn’t notarized.

Gift ideas for a teacher you really appreciate

The couple with the groom's parents. Trev Alberts is the athletic director at the University of Nebraska-Lincoln. 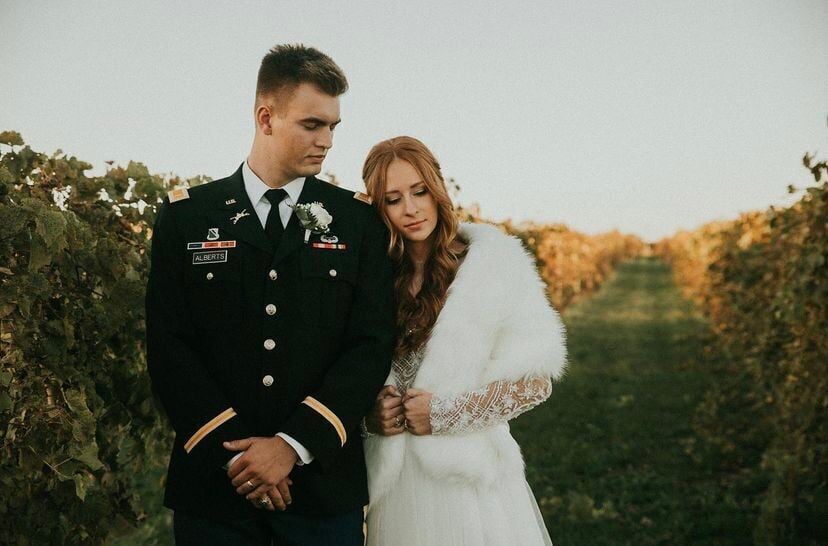 Chase said Cassie was so beautiful he couldn't stop staring at her during the ceremony. 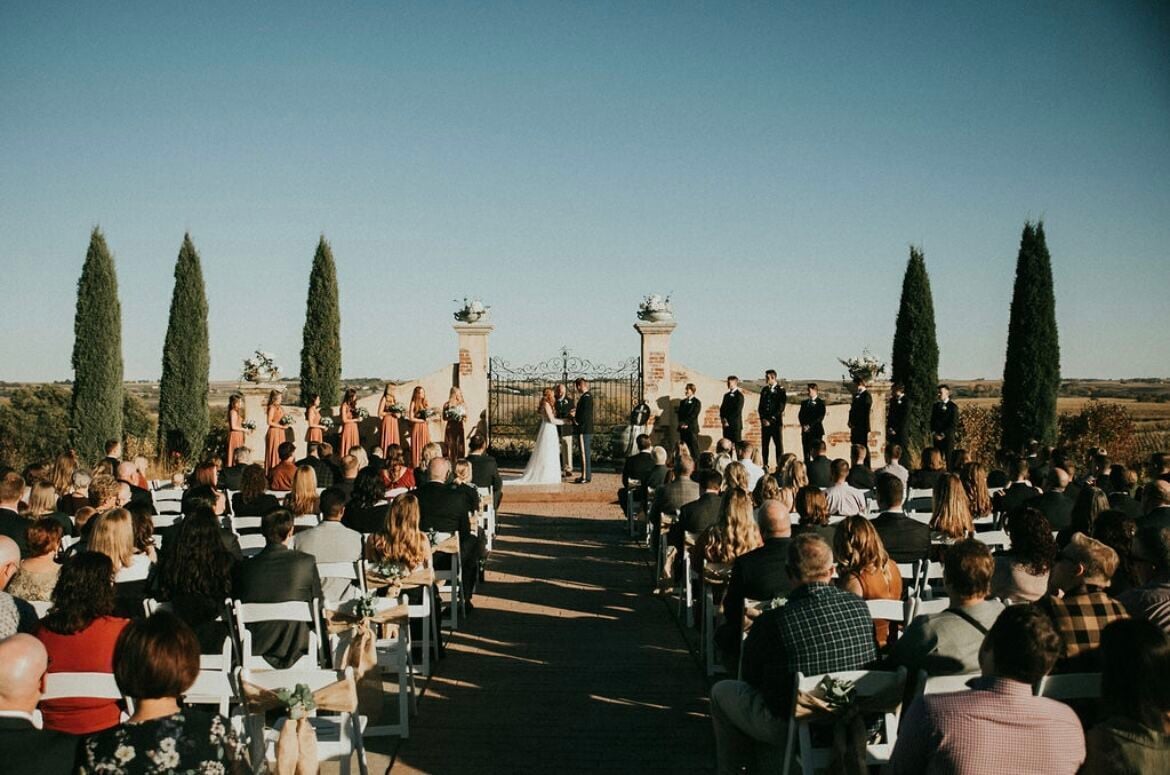 Cassie and Chase had 200 people on their guest list.

The couple re-created their first date when Chase proposed.

They had to marry on a Husker football Saturday because that was the only date available at their venue.

Since Chase is in the Army, the couple did a saber ceremony with his West Point and Army friends for their grand entrance. 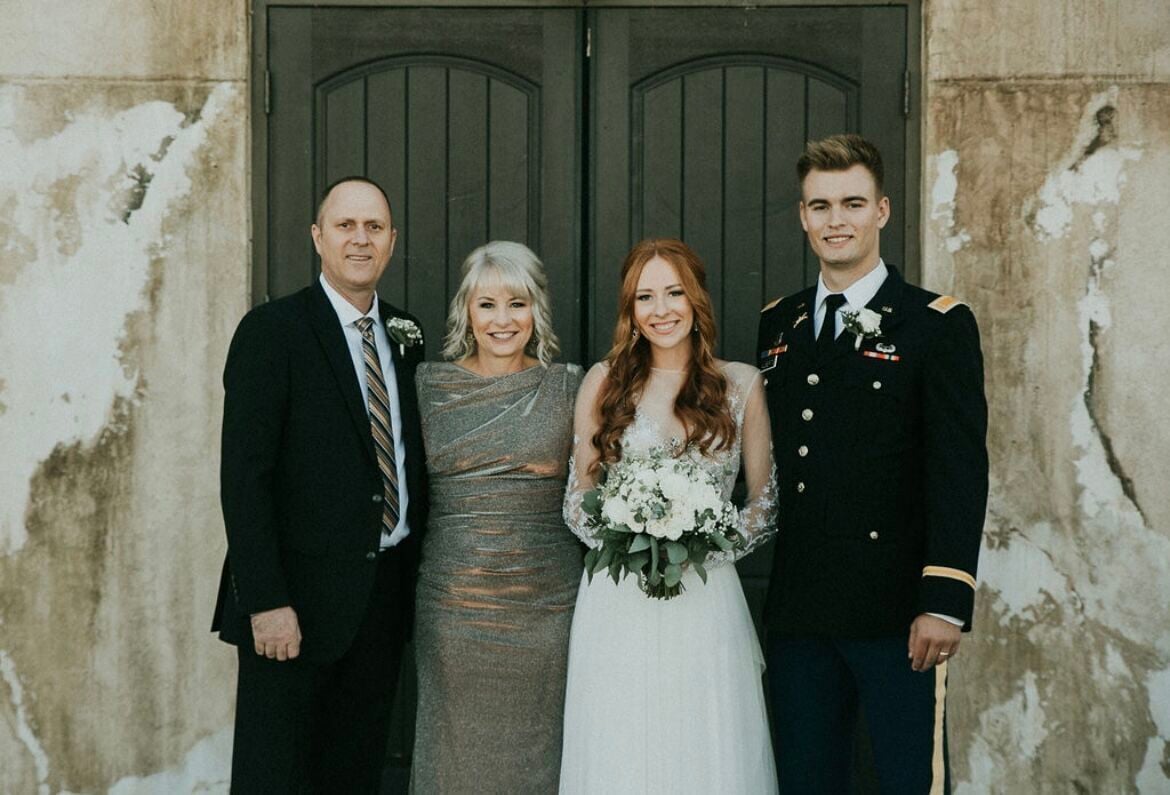 The couple with Cassie's parents. They sang happy birthday to her mom, who has an October birthday. 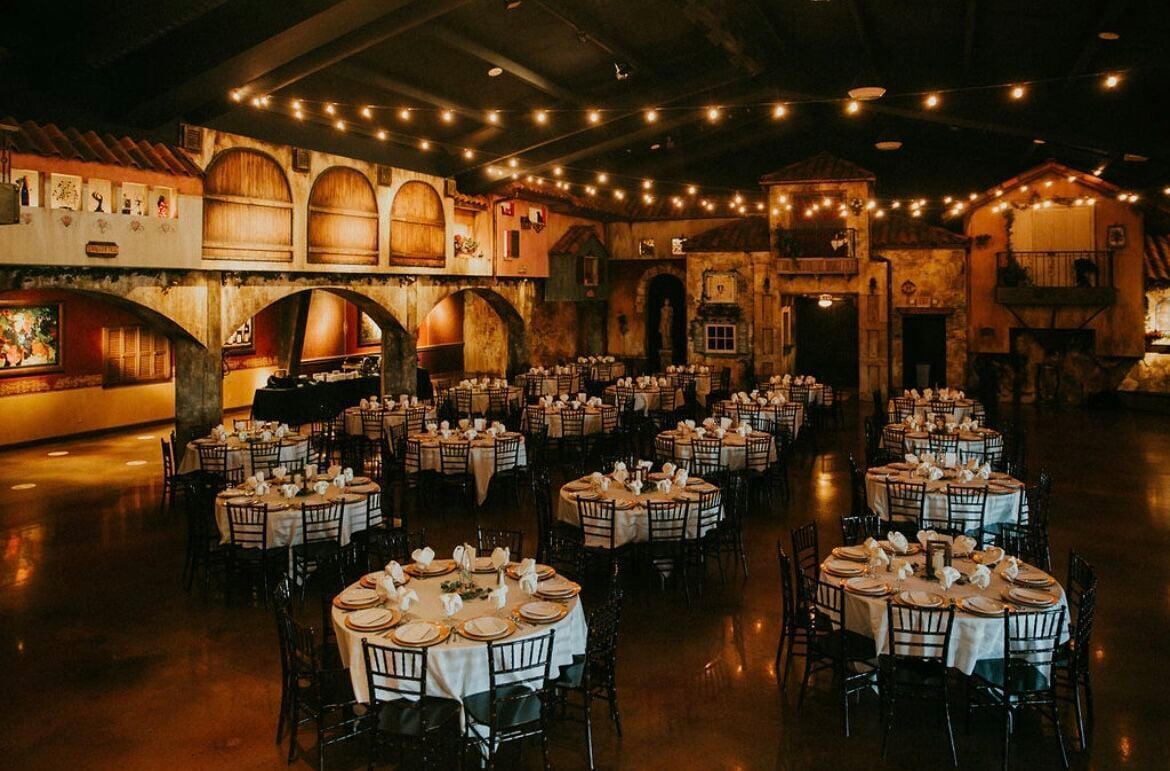 They wanted an Italian Renaissance meets rustic vibe for their big day.

Bella Terre Vineyard was so busy they had to hold their rehearsal the morning of their wedding.