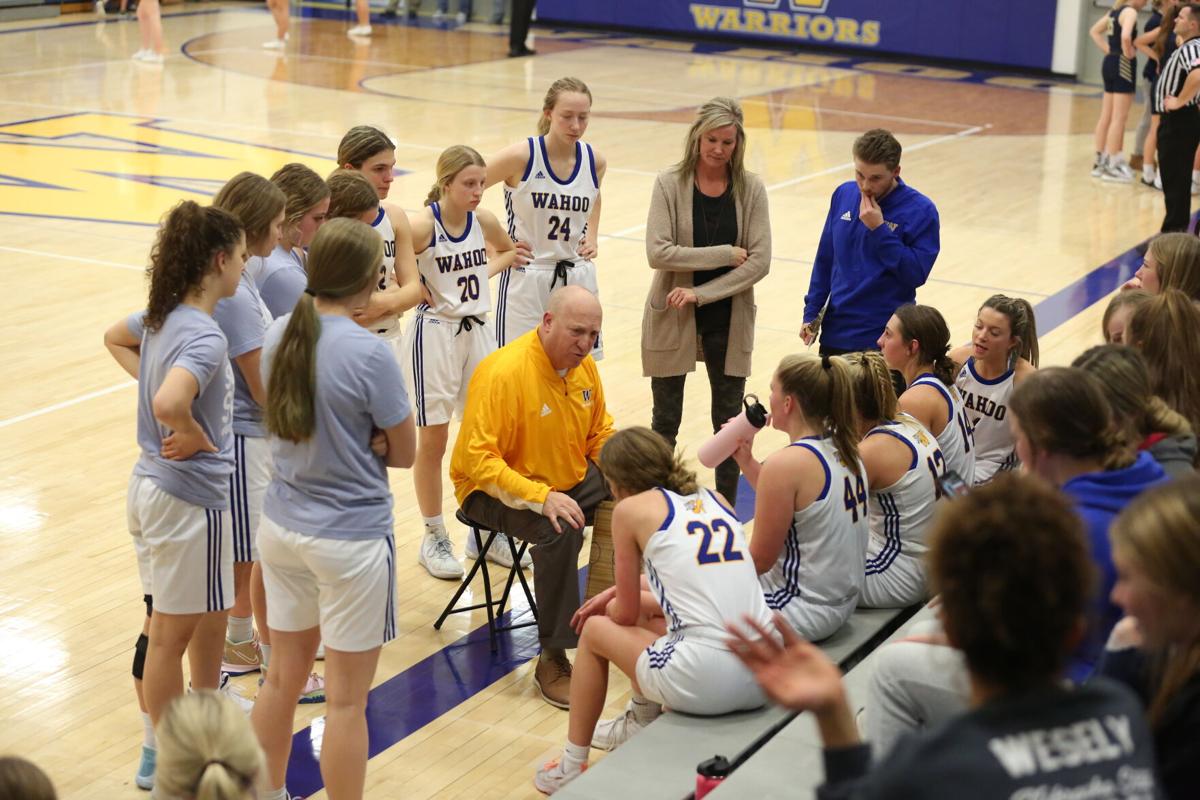 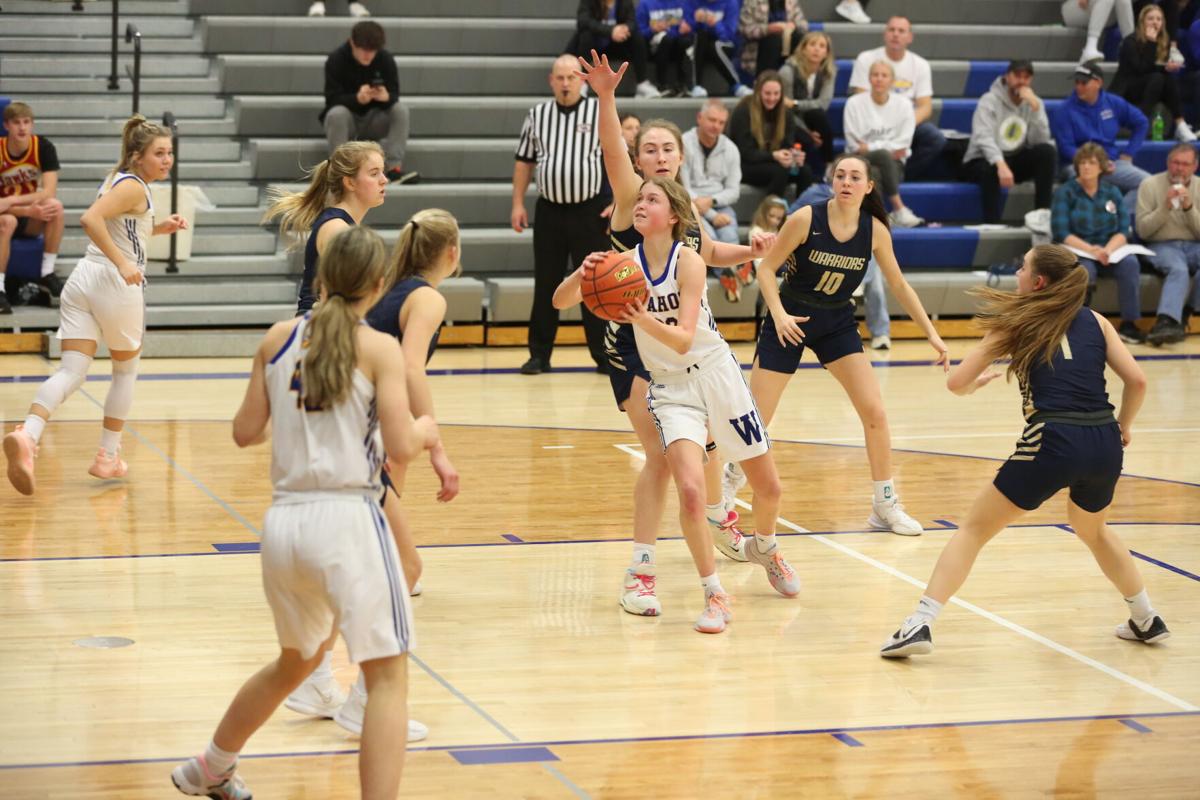 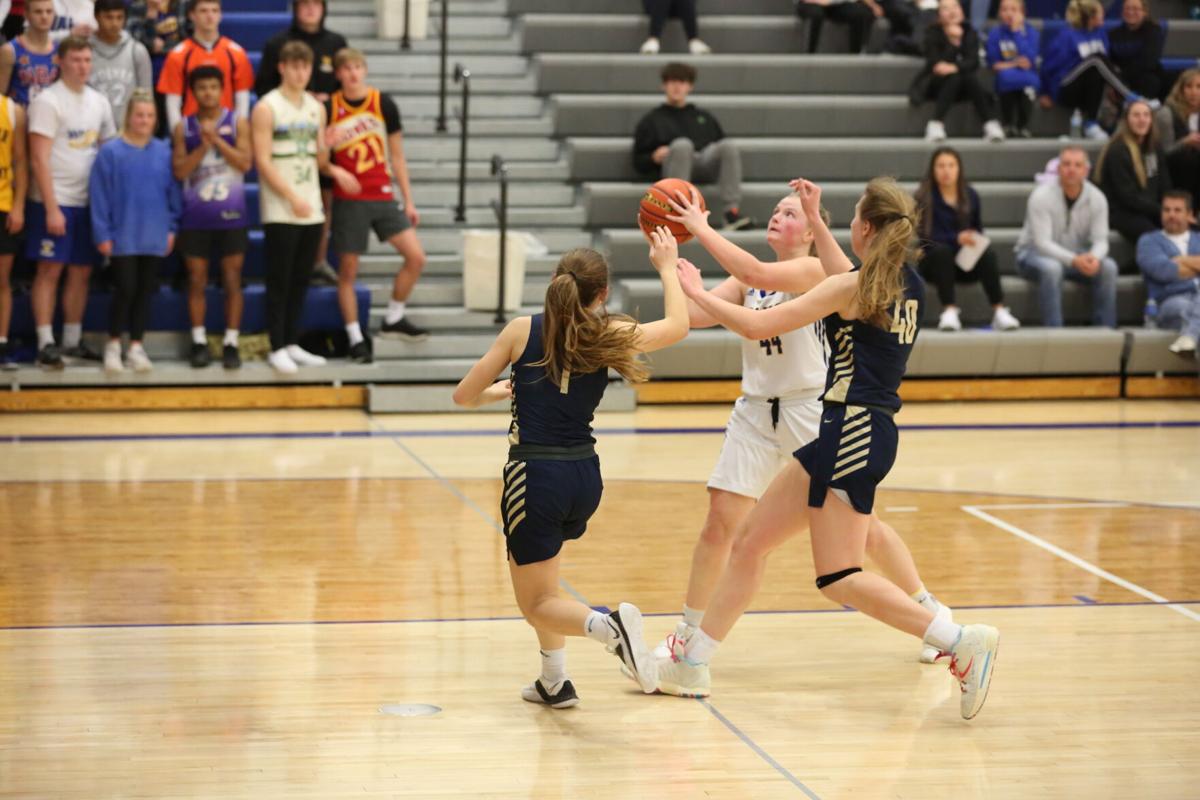 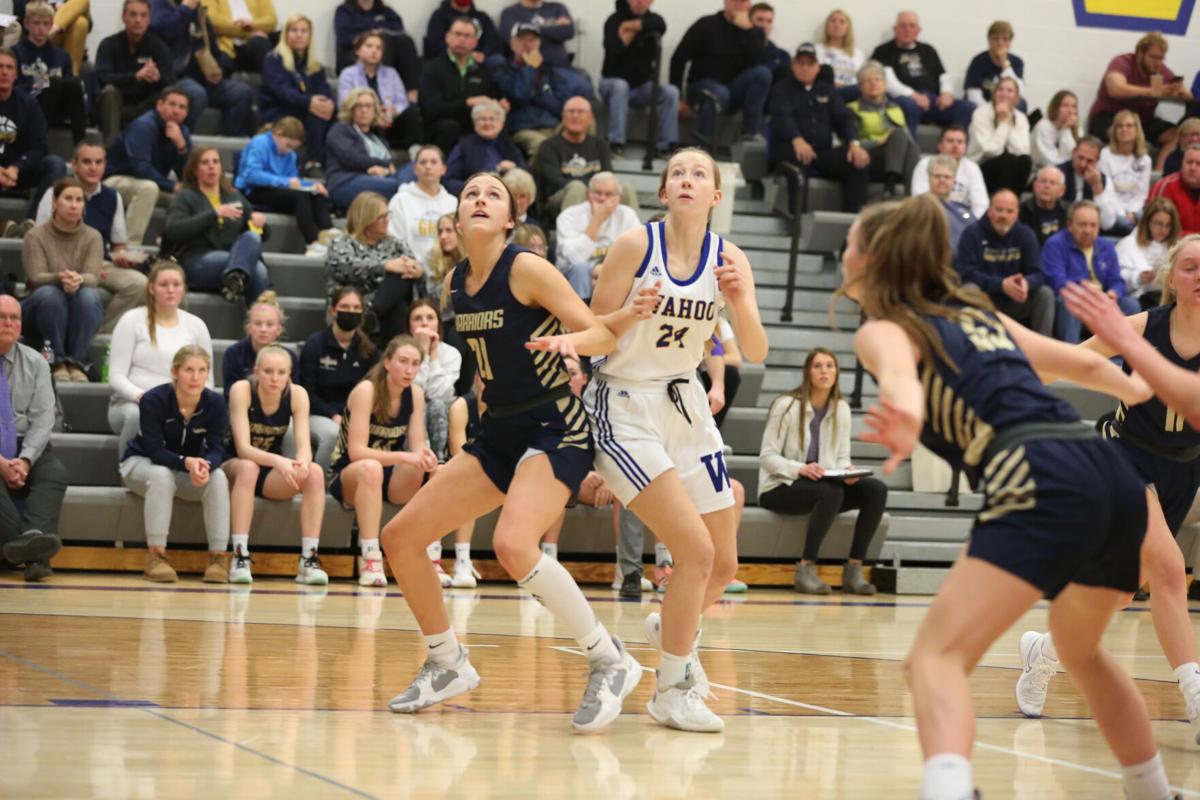 WAHOO- Never giving up is the motto that Class C-1 No.2 Wahoo stuck to in their 38-37 victory over Class C-1 No.5 Lincoln Lutheran at home on Jan. 4. Despite not having their shots fall at first, the Warriors continued to shoot with confidence in the second half and it paid off for them in the end.

“Me personally, I knew they played super good defense, and any open shot I had, I was taking it,” Autumn Iversen said. “I didn’t want to stop shooting and I knew it would come eventually.”

The game started with Lincoln Lutheran taking control in the first quarter. Other than three free throws between Sammy Leu and Iversen, Wahoo had no offense early on and as a result, they trailed 11-3.

Leu would end up making the only basket for the Warriors in the quarter, which made the score 14-6 in favor of Lincoln Lutheran.

Wahoo’s offense struggled even more in the second quarter. They only scored five points on a corner three from Iversen and two free throws from Leu. At halftime, Lincoln Lutheran led 23-11.

“Lincoln Lutheran played about as good of defense as we will see all year,” Wahoo head coach Sean Forbes said. “They are very good defensively and a lot of that first half had to do with them.”

After being held in check, the Warriors started making some of their shots to begin the third.

Leu was able to make two three-pointers and Iversen made another to cut Lincoln Lutheran’s advantage to six points. A half court three made by Kylee Kenning at the buzzer trimmed the deficit to 29-26 after three.

The Warriors fell behind 33-26 to begin the fourth when Karley Golladay made a driving basket that brought the score back within five. Three-pointers by Leu and Golladay gave Wahoo their first lead of the game up 34-33.

Trailing by one late in the contest, Kenning knocked down a jumper and then made two free throws to seal the come from behind victory.

Leading the team was Leu with 13 points and four rebounds. Iversen was not far off that pace with 11 points, eight rebounds, two assists, and four steals, while Kenning scored seven points and had four rebounds, Golladay finished with five points, and both Taylor Luben and Ella Lacey had one point.

This win was a big deal for the Warriors in terms of confidence. They have a tough schedule coming up, and they believe this victory will help propel them through the stretch.

“It was definitely a big confidence booster winning this game, our next few games are going to be pretty tough,” Kenning said. “I think now that we know we can beat any team it gives us so much more confidence in the game.”

You could tell that Wahoo was playing with a lot more confidence in their next game at Crete on Jan. 8. They were able to knock off a Cardinal team who is two years removed from a state title and been at state the last several years in Class B, by a final of 58-34.

It all started with a 9-1 run in the first quarter that was set up with a three from Leu. Lacey was also able to knock down a three that increased the lead to 16-4 at the end of the quarter.

The Warriors continued to shoot the ball well in the second with 14 points. A majority of those points came off three’s from Lue, Lacey, and Sutton and a fast break layup by Sarah Kolterman.

After one half of action, it was all Wahoo with a commanding 30-14 edge.

The Cardinals played better to start the second half, specifically on defense. They held the Warriors to eight points and scored ten.

With one quarter remaining, Wahoo was still in control up 38-24.

There was no messing around by the Warriors in the final frame on offense. They score 20 points, which were the most points they had in any of the quarters.

Golladay paced the team with 14 points and three assists and Iversen had ten points and six rebounds. Making three shots behind the arc for nine points was Leu, Kenning, Lacey, and Luben each had six, Abby Borchers recorded three, and Kolterman and Smart both had two points.