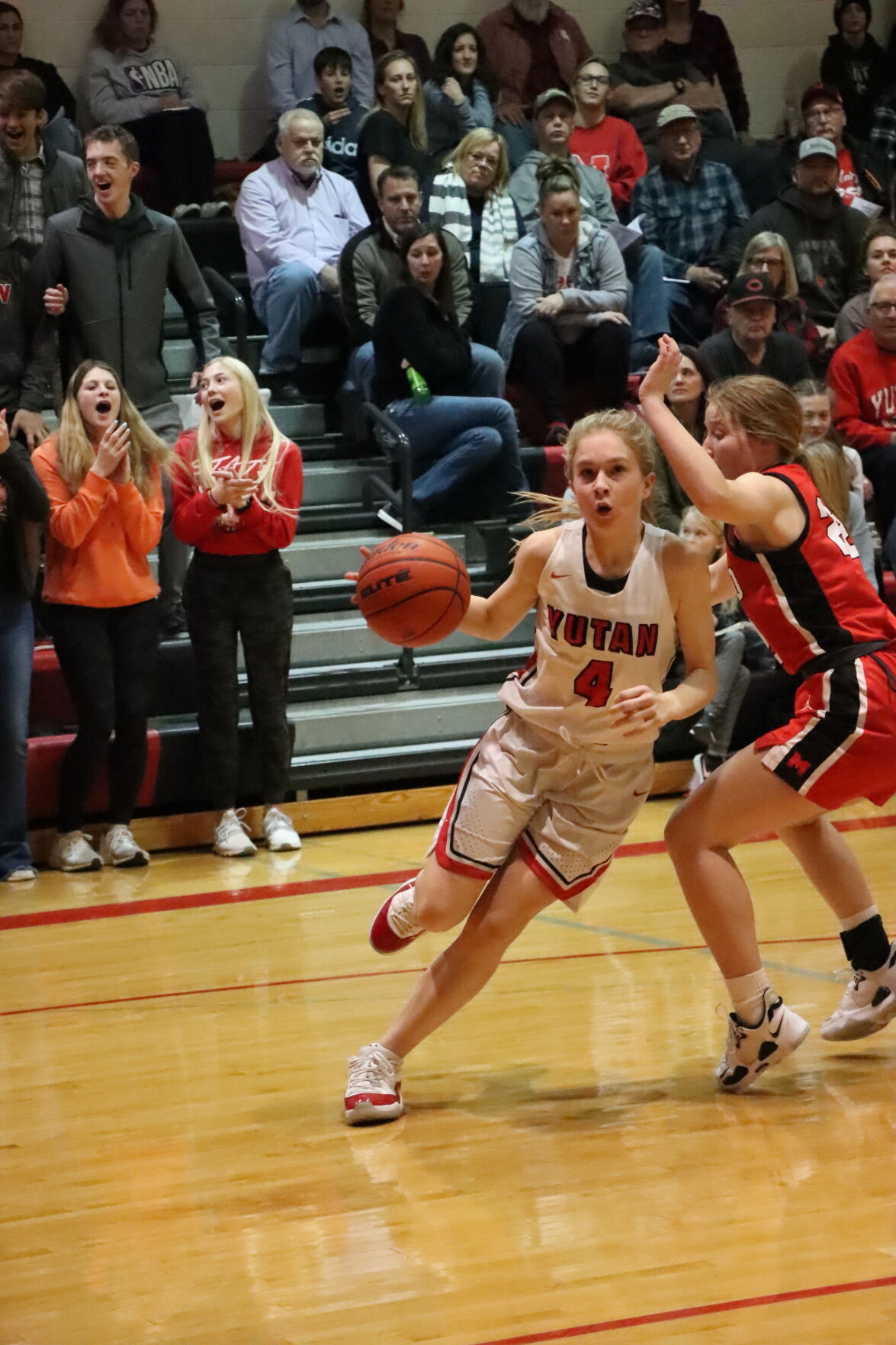 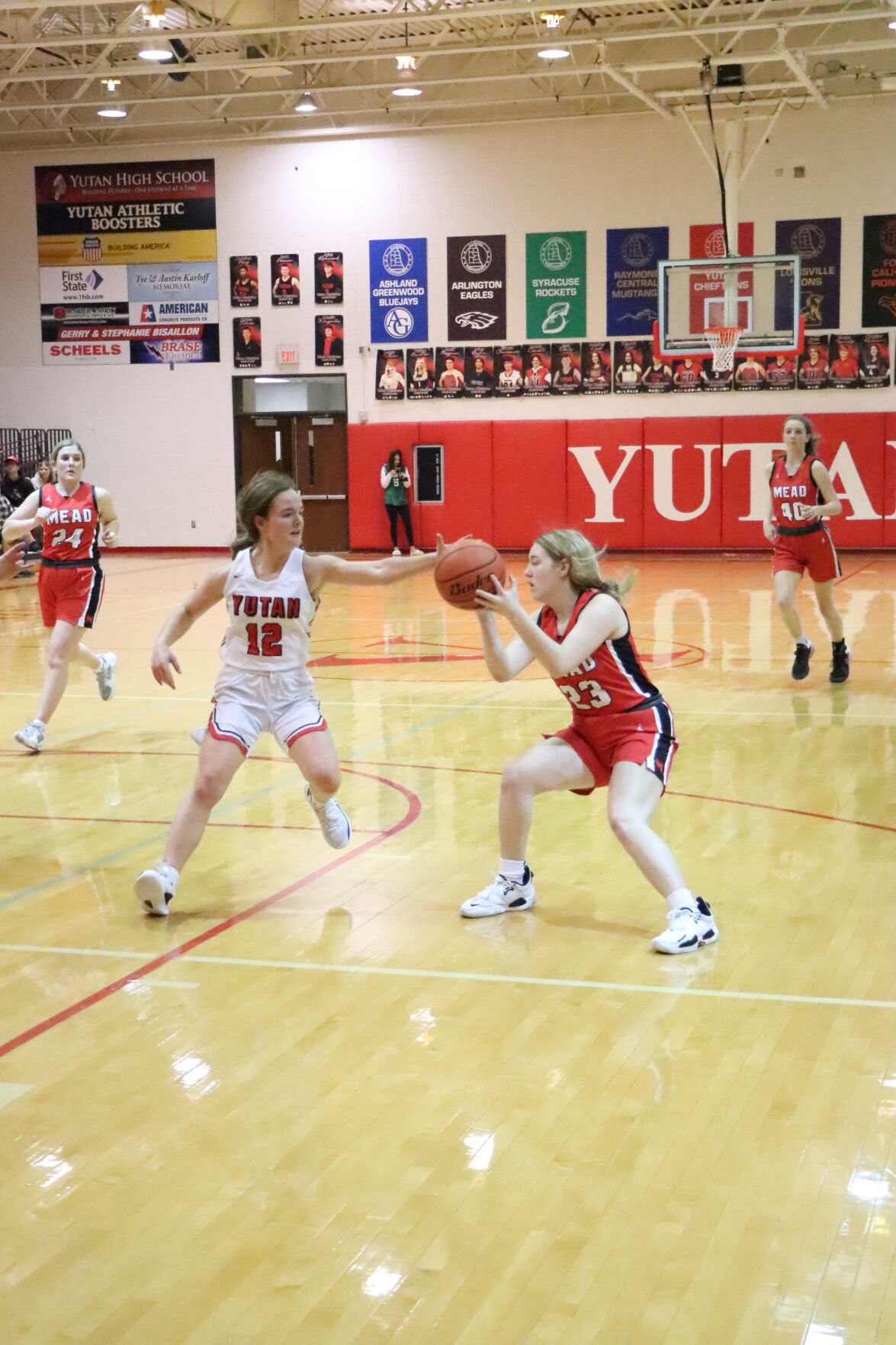 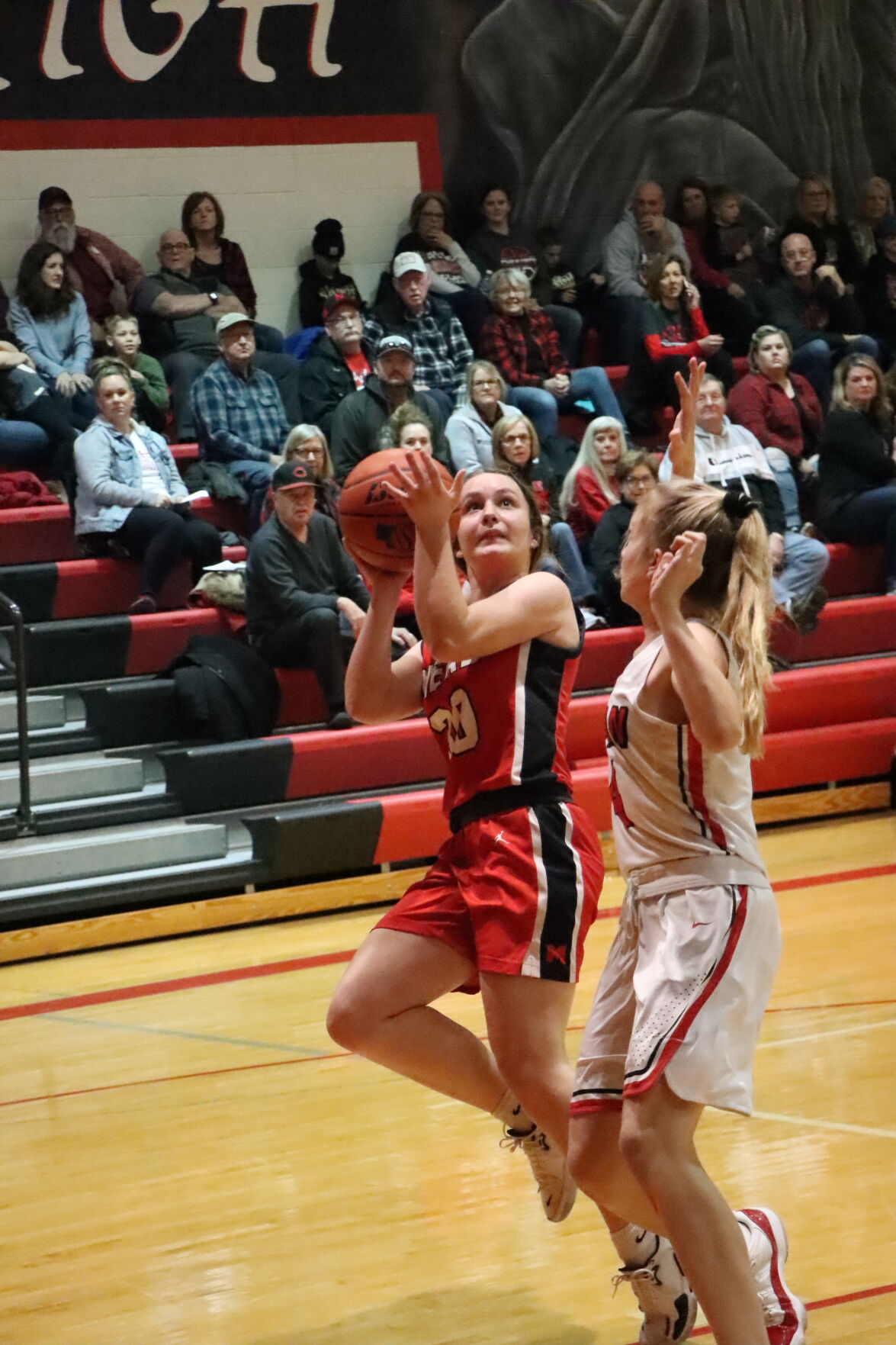 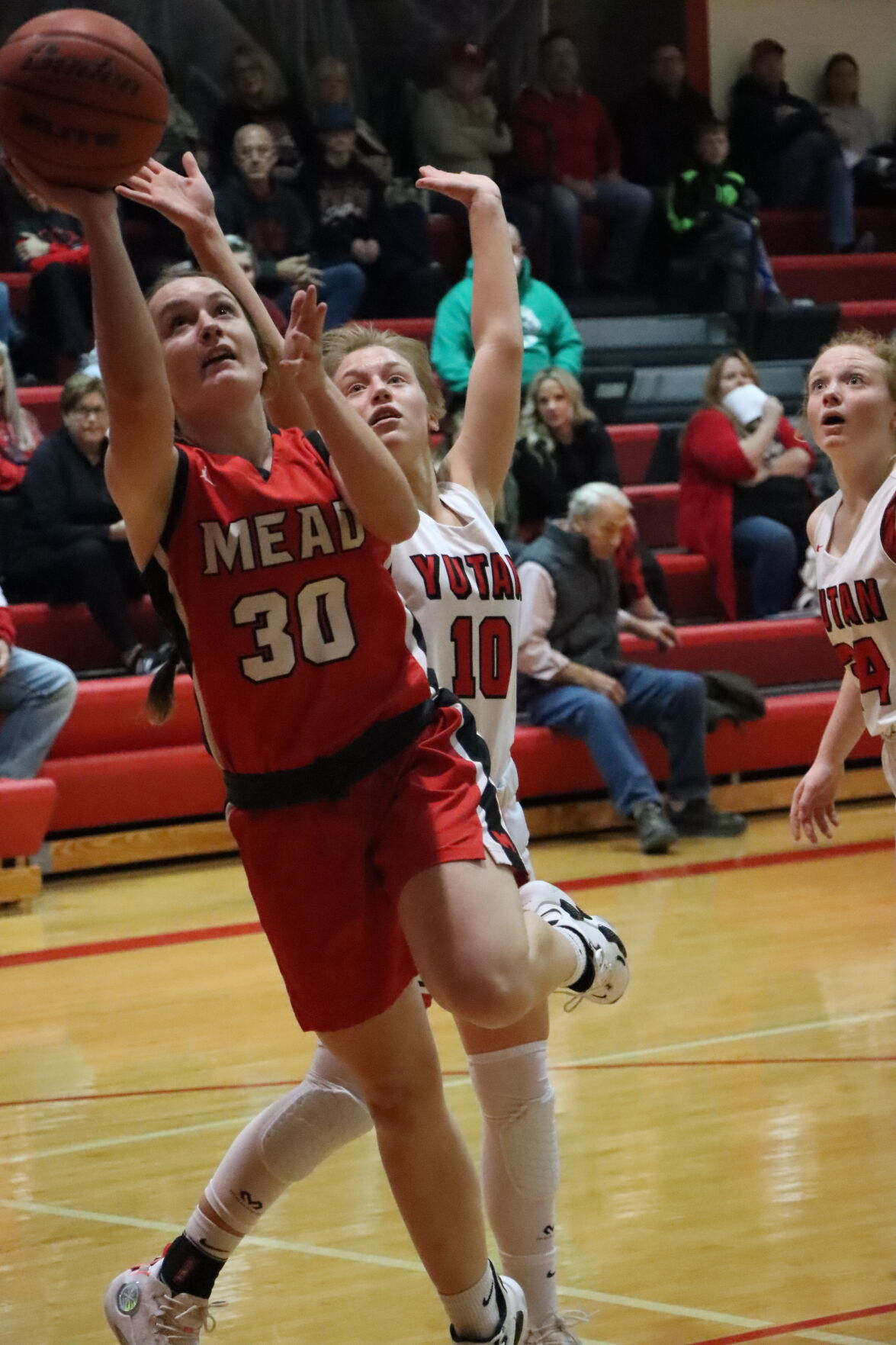 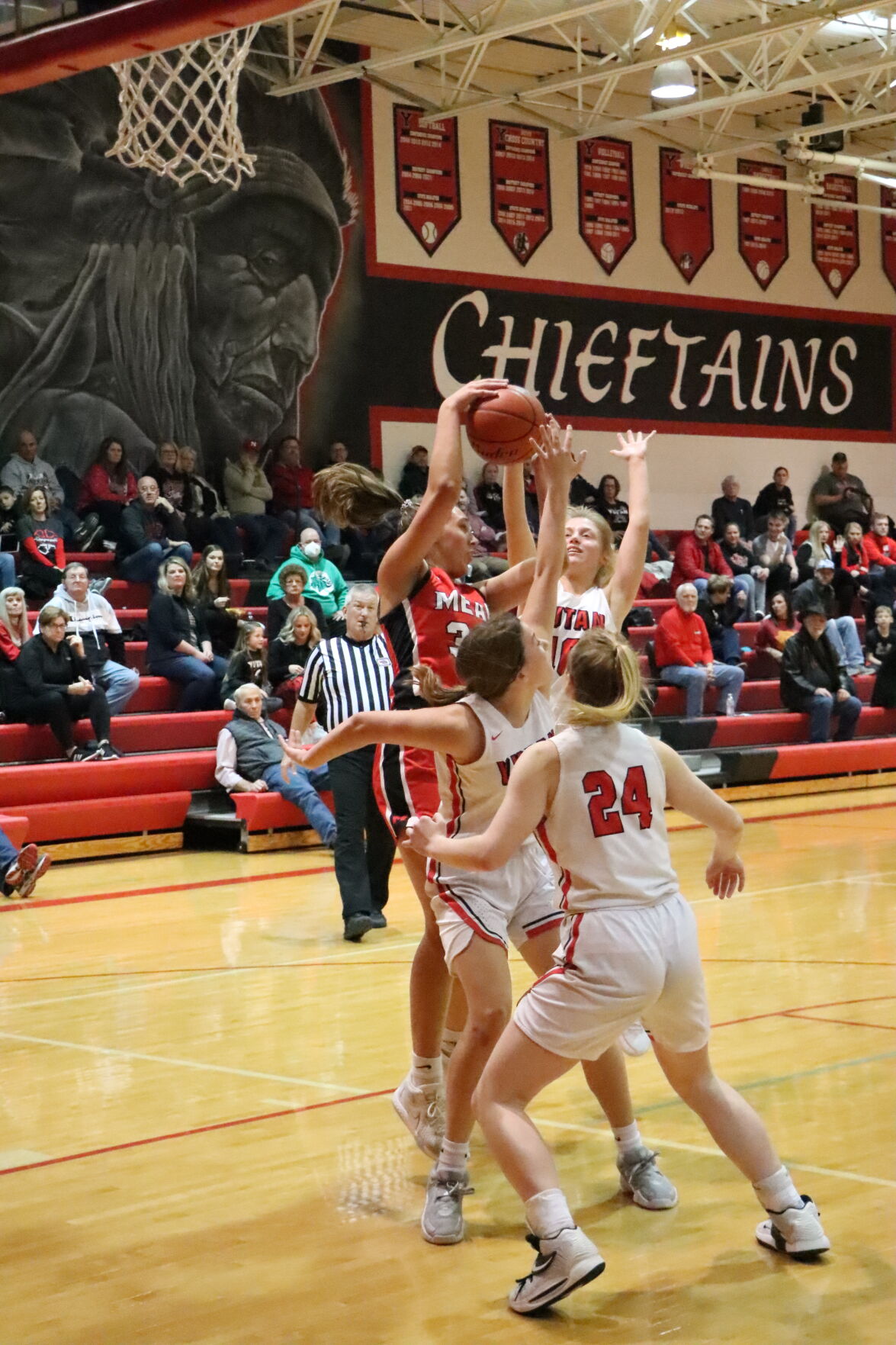 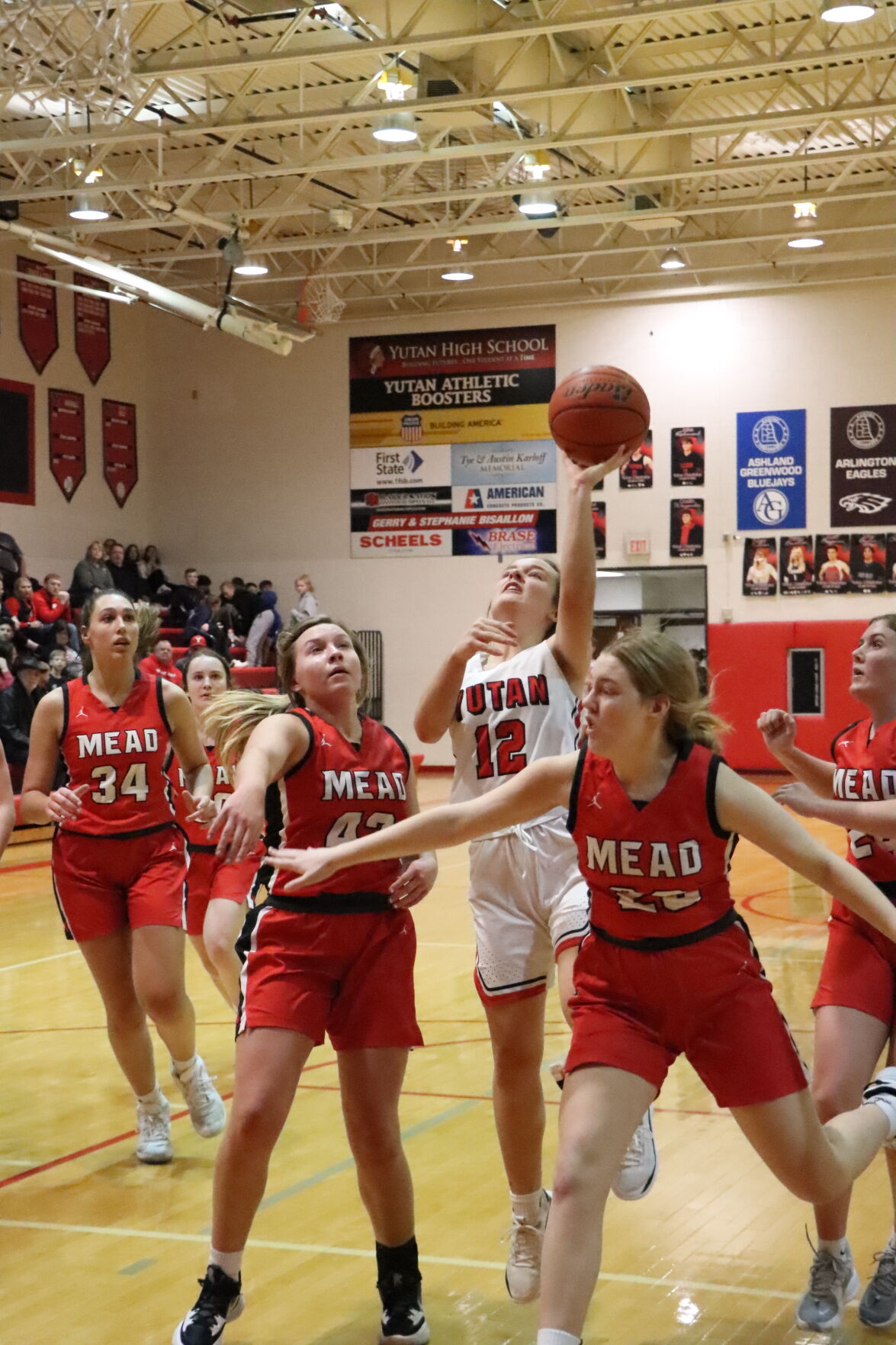 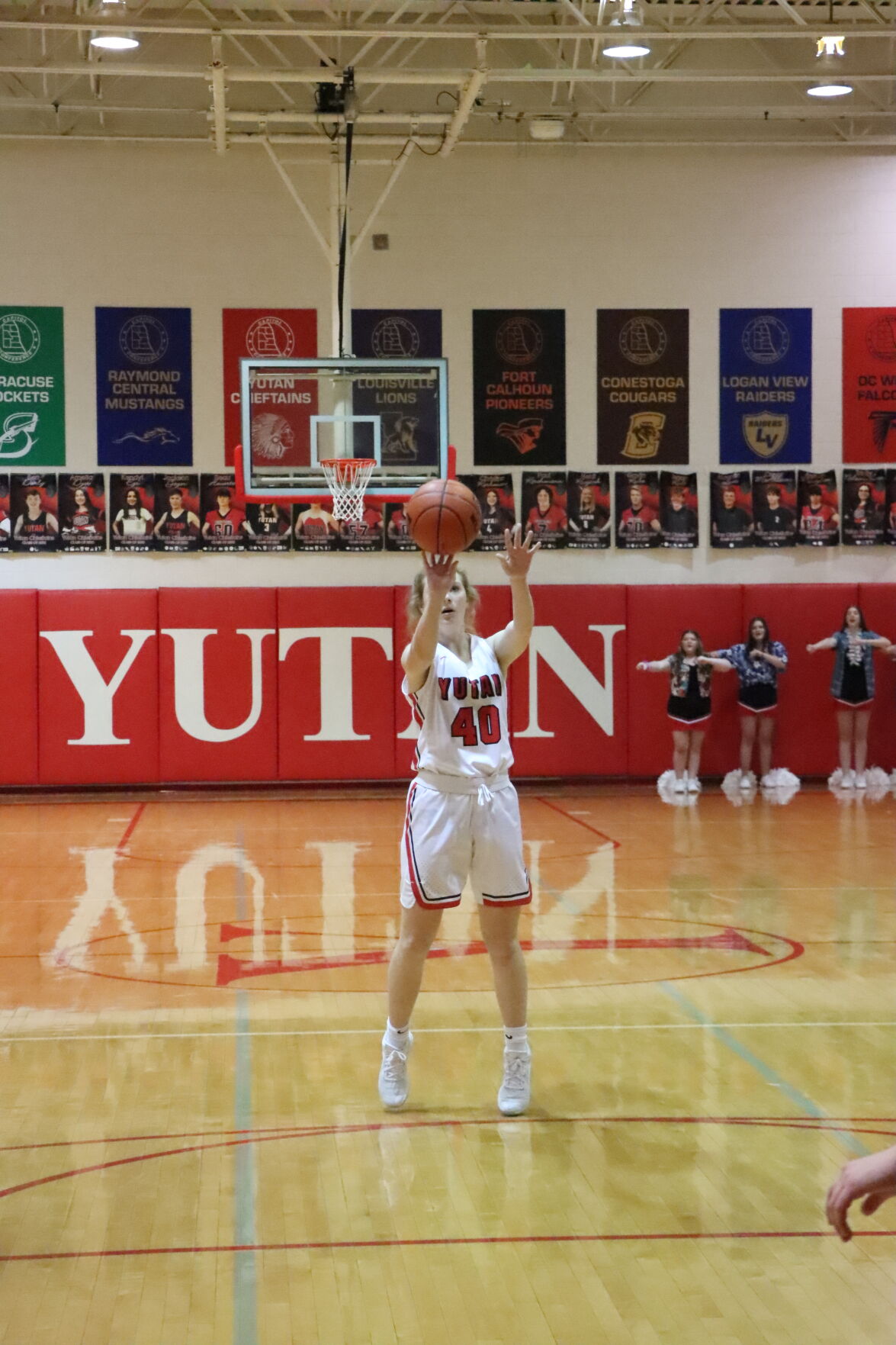 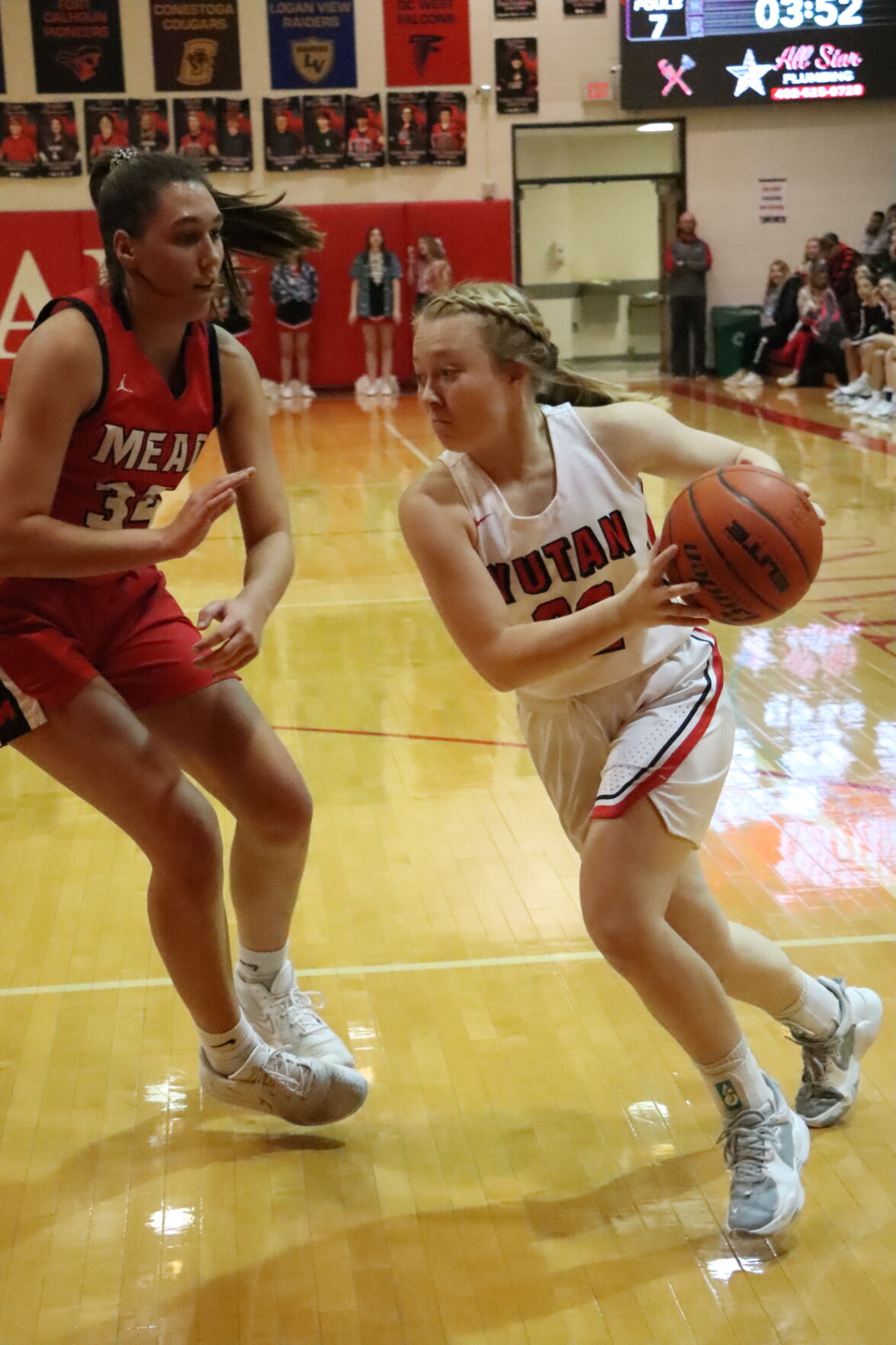 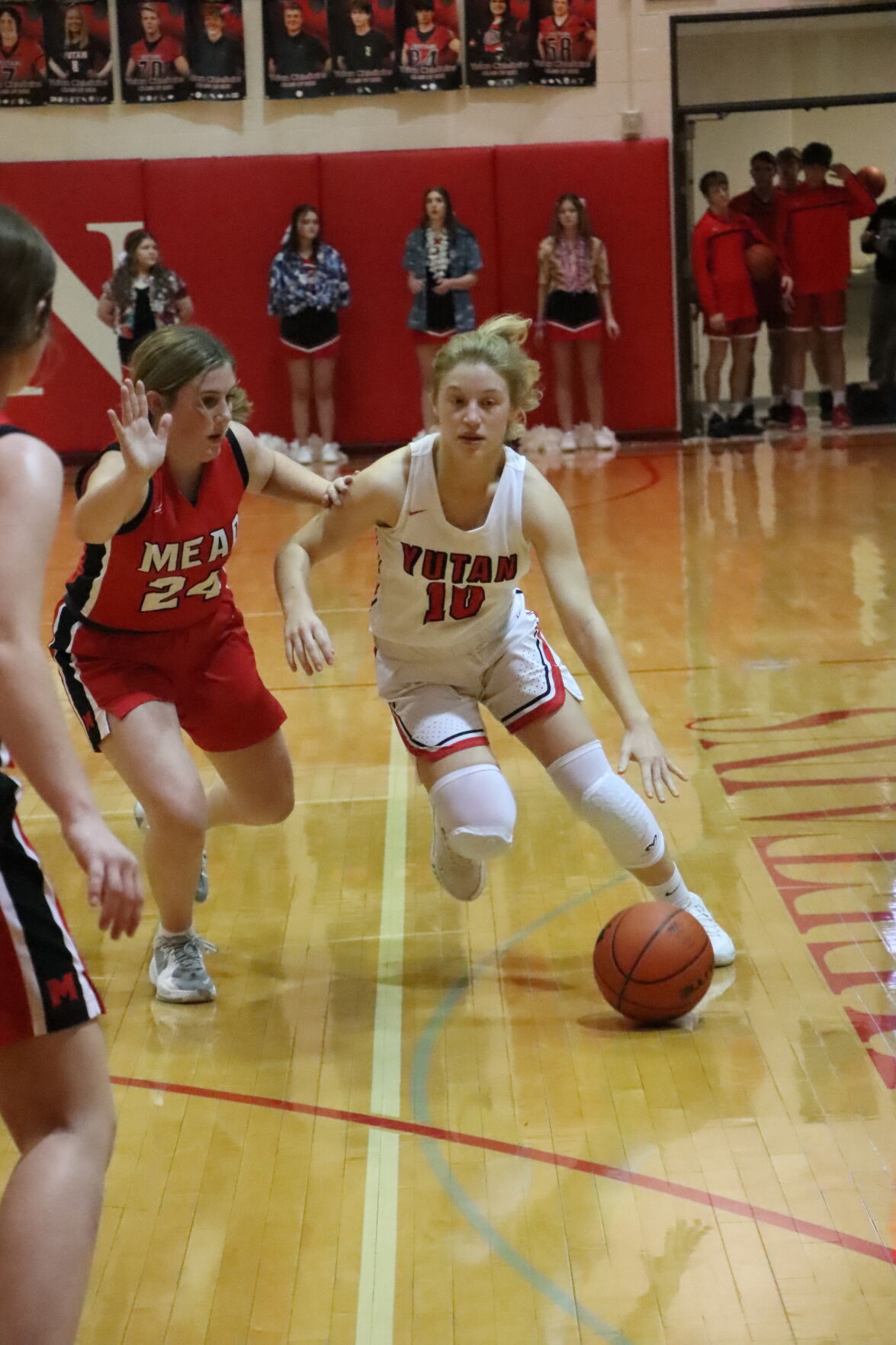 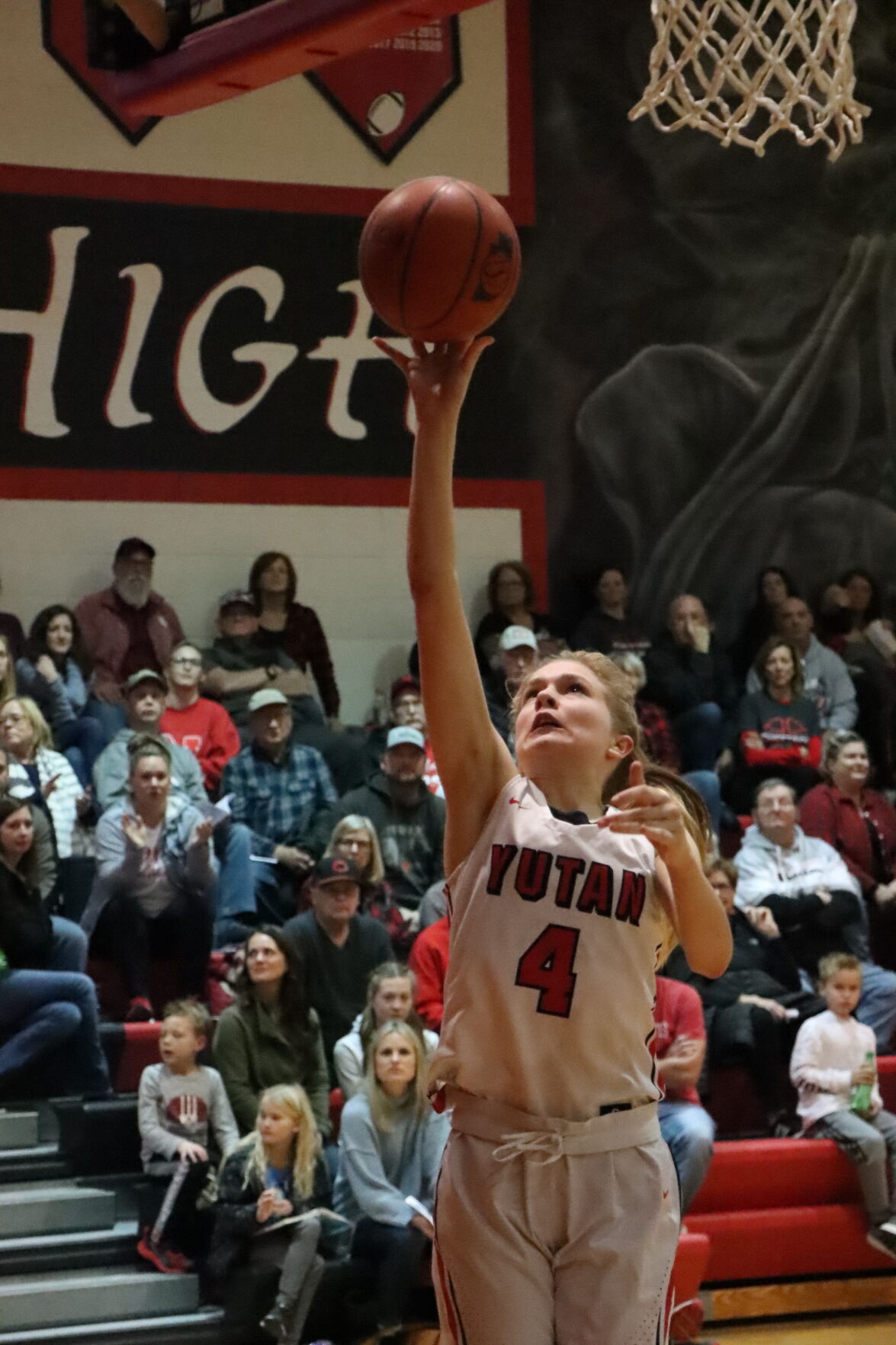 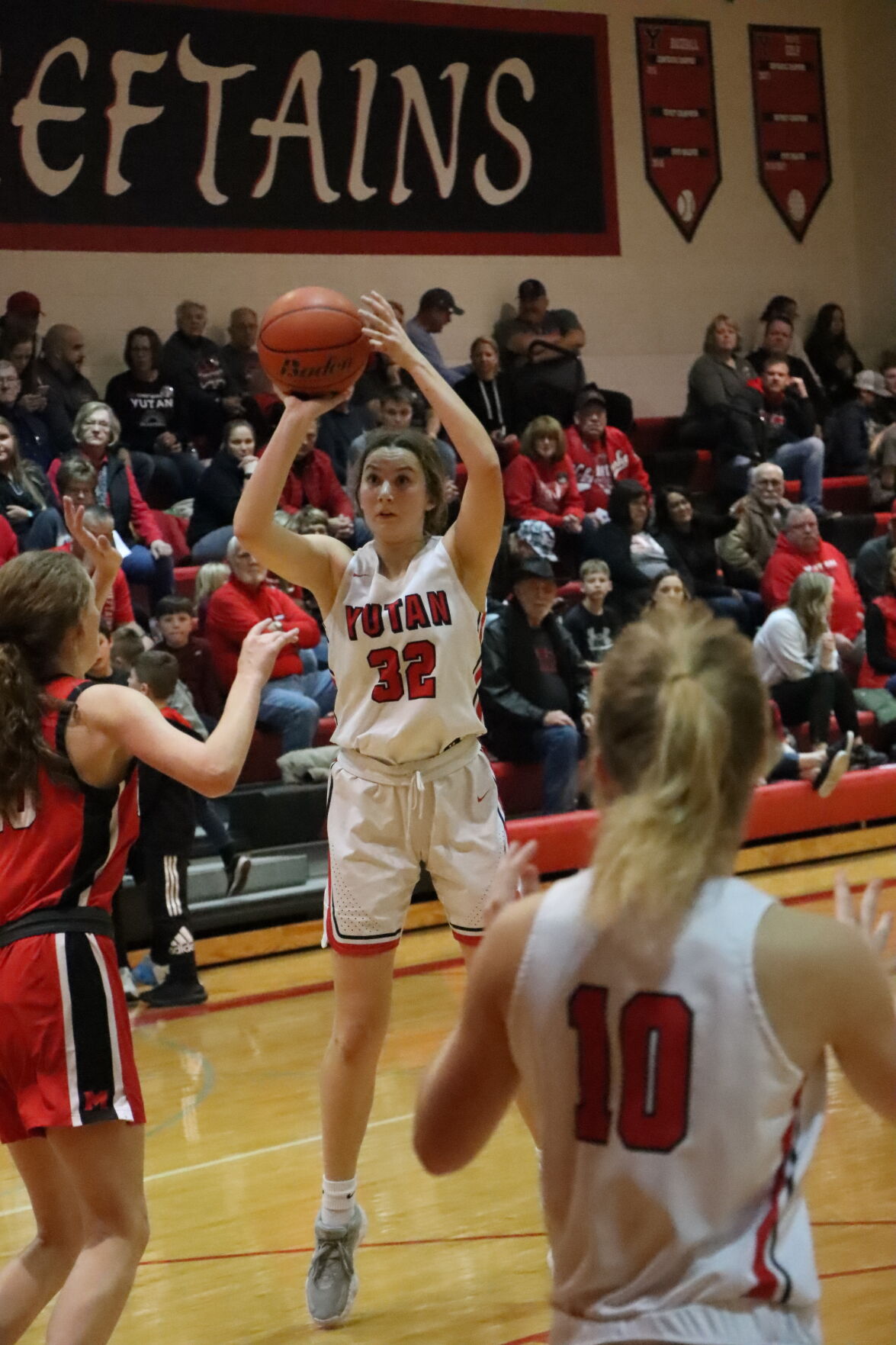 YUTAN- In a game against their rivals from Mead who are only from a few miles down the road, the Yutan girls basketball team was locked in. It showed as they got off to an excellent start and never looked back, as they buried the Raiders at home 52-31.

One of the major problems for Mead to start the game was they could not get the ball in the basket. The Raiders were in danger of only scoring two points in the first when Emily Hebenstreit connected on a three that made it 13-5 in favor of Yutan.

Haley Kube started the second off for the Chieftains with a three in the corner. Relentless defensive pressure by Maura Tichota resulted in a steal and layup that put the Chieftains up 19-7.

Right before the end of the half, Maycee Hays connected on a three in the corner that made the score 24-12 Yutan at the break.

During the third quarter, the Chieftains experienced their best shooting quarter of the game. They had 18 points and Jade Lewis had two three-pointers and a layup in transition.

With one quarter left to play, the score was 42-20 Yutan.

For the first time in the game, Mead reached double digits with 11 points in the fourth. It was enough to help them outscore the Chieftains by one in the frame, but at that point, the damage had already been done.

Yutan was led by the freshman Lewis in the game who had 15 points, two rebounds, and two blocks. Tichota had a double-double with 12 points, 12 rebounds, and four steals.

Hebenstreit was the main source of offense for the Raiders with 16 points and four rebounds. Scoring six points was Emily Quinn, Brianna Lemke, and Lilly Watson each had four and Oldenburg finished with one point.