WAVERLY – Vinyl banners have hung at Wayne Park for several years, displaying a preliminary design for the proposed Waverly Aquatic Center. Included on the banners was the first estimated project completion date of Memorial Day 2021, which is now covered with white duct tape and “2023” written in Sharpie.

The long-delayed project has been in the works for nearly four years, but last week, the Waverly Aquatic Center cleared its biggest hurdle yet.

At the Waverly City Council meeting on Sept. 13, the council voted to approve a bid from Kansas-based Carrothers Construction Co., LLC to begin work on the aquatic center, which will double the capacity of the city’s current pool built in the 1970s and will include multiple slides, diving boards and a lazy river.

The Greater Waverly Area Foundation Fund (GWAFF) introduced the project in 2019, and voters approved a $3.5 million bond in 2020. But the COVID-19 pandemic stymied grassroots fundraising momentum for much of 2020 and 2021, aside from a $400,000 grant from the Nebraska Game and Parks Commission.

In May 2022, a council member described fundraising efforts as “a stalemate.” GWAFF representatives Abbey Pascoe – who is also on the city council – and Kris Bohac suggested that potential donors would be less likely to contribute to the project unless they saw forward motion.

“We’re at a point where we think continued fundraising will be increasingly difficult if potential donors don’t see something happening,” Bohac told the council on May 10.

At the May 24 council meeting, the council voted to release the project for bids, despite a $1 million shortfall from the expected construction cost of $5.7 million.

But donors came knocking. That same week, Horizon Bank of Waverly announced that it would match donations for the aquatic center up to $50,000. And about a month later, the Lancaster County Commissioners chipped in $250,000 from its federal COVID relief funds.

“We just feel like it’s a project that is going to give great benefit to people for a long time to come,” said Commissioner Rick Vest, whose district includes Waverly.

The project hit a roadblock in July, though, when bids came back to the city. Bids ranged from $8 million on the high end to Carrothers’ bid for $6.418 million on the low end. After factoring in additional construction needs that were not included in Carrothers’ scope of work – such as paving the parking lot and payments to the project’s engineer – the council was looking at a nearly $7.1 million price tag.

Even after crunching numbers to determine whether the remainder of the bond’s life could cover the cost, there was still a shortfall of about $500,000. So the council went back to the drawing board and entered into a cost-cutting process with Carrothers known as value engineering. To that point, the council had been reluctant to look at less expensive alternatives to the original design, but council member Aaron Hummel explained the reasoning.

“I think we all just want to see it get built,” he said.

The council found it could shave off about $270,000 from the overall cost by choosing different entrance doors, masonry and a modified dumpster enclosure, among other things. It was determined that some items, such as overhead lighting for nighttime swimming, could be added later on.

The council initially had chosen to exchange a high-tech water filter for a more typical appliance that would provide about $45,000 in savings. But Pascoe said it had been found that the high-tech filter could prevent the waste of over 280,000 gallons of water each summer.

“If we could spend an extra $45,000 on a filter system and not waste hundreds of thousands of gallons of water every year, that’s important,” Pascoe said.

After trimming $270,000 off of the total project cost through value engineering, the finish line was just under $200,000 away. The council approved on Sept. 13 that, if needed, the remaining cost could be paid using the city’s keno fund, which traditionally has been used for parks and recreation-related expenditures like expansions to Lawson Park.

“That’s just kind of what we’ve done in the past,” Hummel said. “We’re not going anywhere else to get this money, and that’s been the goal of this whole process.”

City Administrator Stephanie Fisher said the keno fund money may not even be needed if the city receives further grant funding.

Five minutes later, the council approved the bid from Carrothers.

“Can we cheer?” Bohac asked.

The council’s hope is that the project will be finished next summer, though it’s possible that the aquatic center won’t open until 2024. Carrothers Executive Vice President Fritz Caspar said the firm would quickly get to work

After the meeting, Pascoe said GWAFF will continue raising money and has several fundraisers planned. But for the moment, she was pleased to have reached another milestone.

“I’m very excited that we’re finally moving forward,” she said. “We’ve worked so hard for this, and we finally got over that hump.”

Sam Crisler is a reporter for The Waverly News. Reach him via email at samuel.crisler@wahoonewspaper.com.

Plans for the new Waverly Aquatic Center have been in the works since at least 2018, and renderings show a pool that would double the capacity… 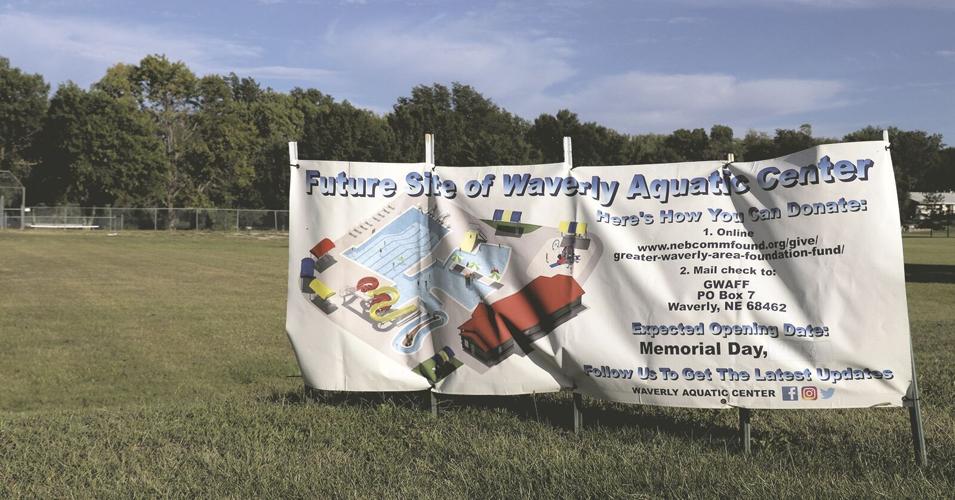 MILESTONE: The Waverly City Council approved a bid last week to build the long-delayed Waverly Aquatic Center, which is expected to be completed late next summer. The pool will be built in Wayne Park, south of the city’s current public pool. (Staff Photo by Sam Crisler) 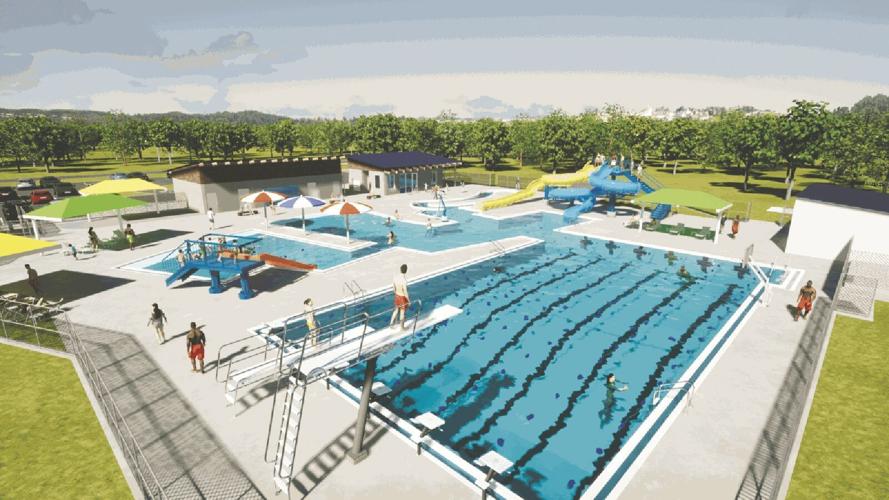 IN VIEW: A rendering of the proposed Waverly Aquatic Center from Omaha-based firm Lamp Rynearson shows what Waverly’s new pool could look like once completed. (Courtesy of Lamp Rynearson)