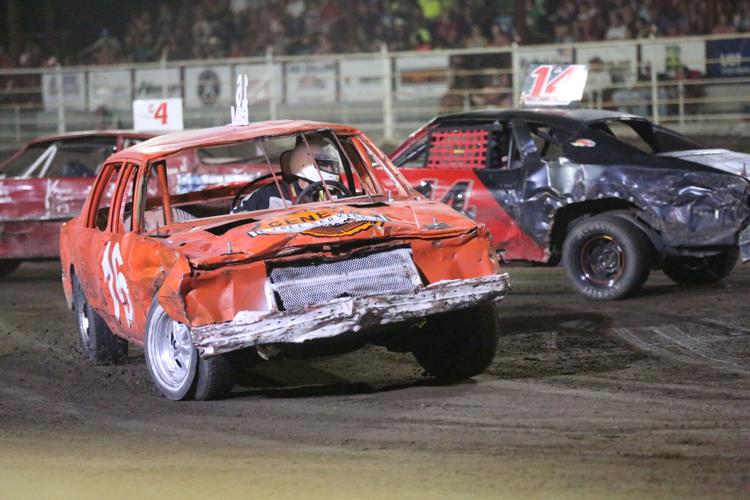 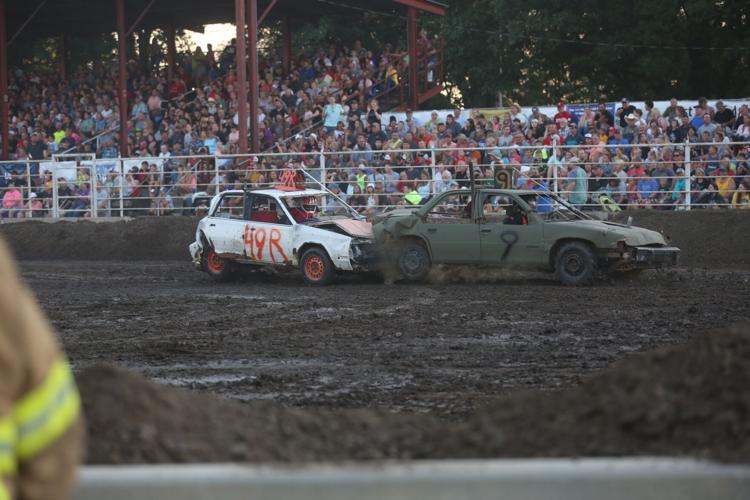 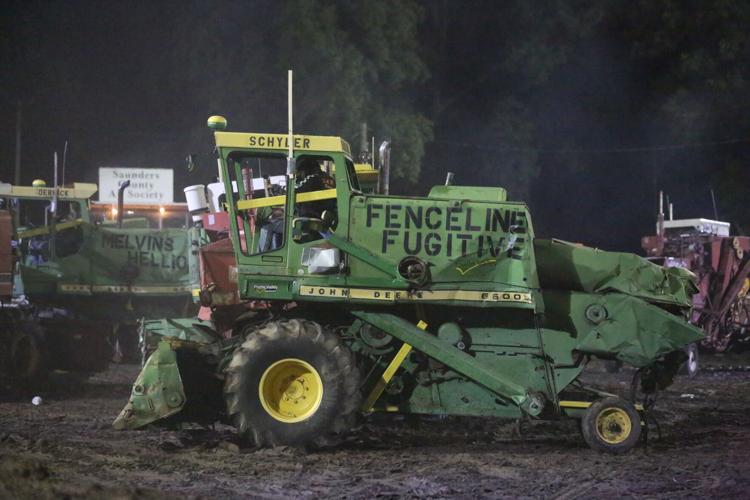 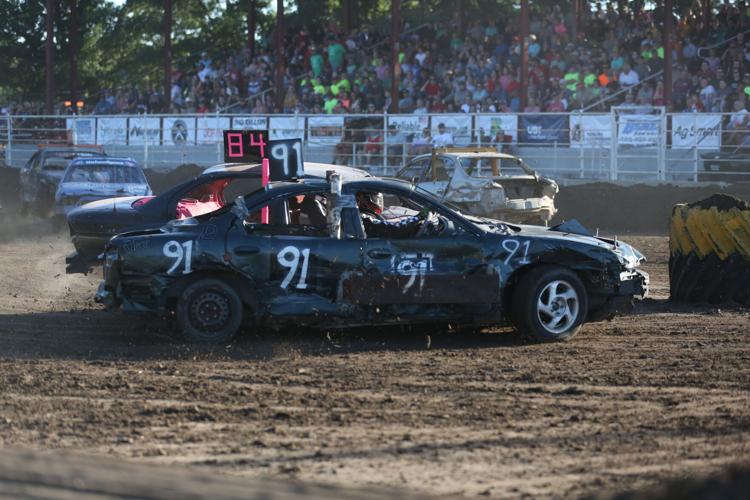 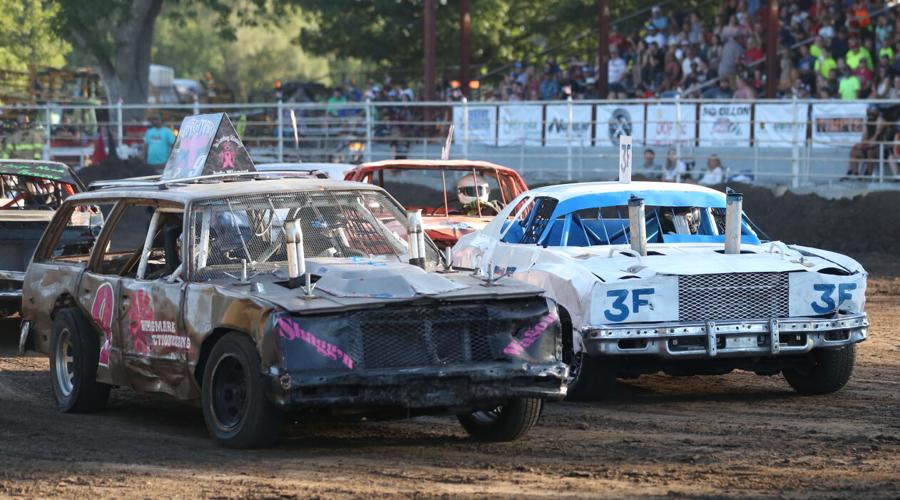 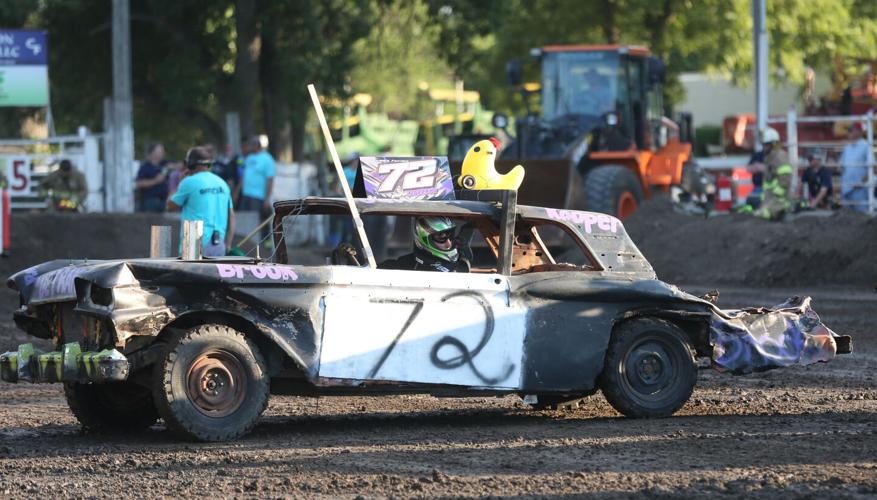 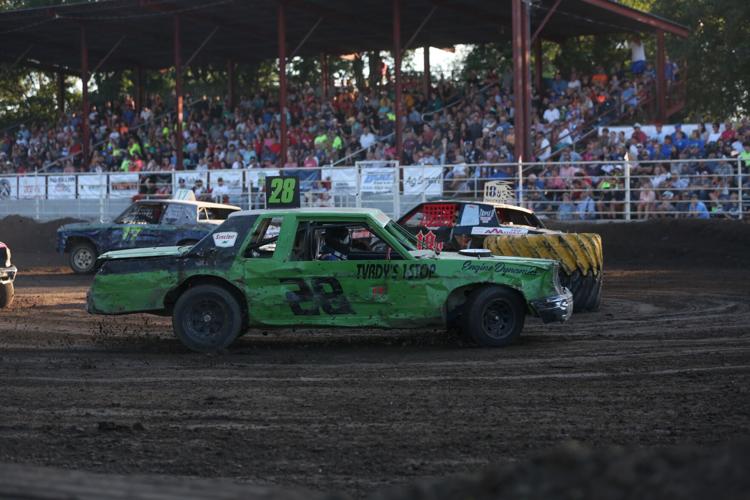 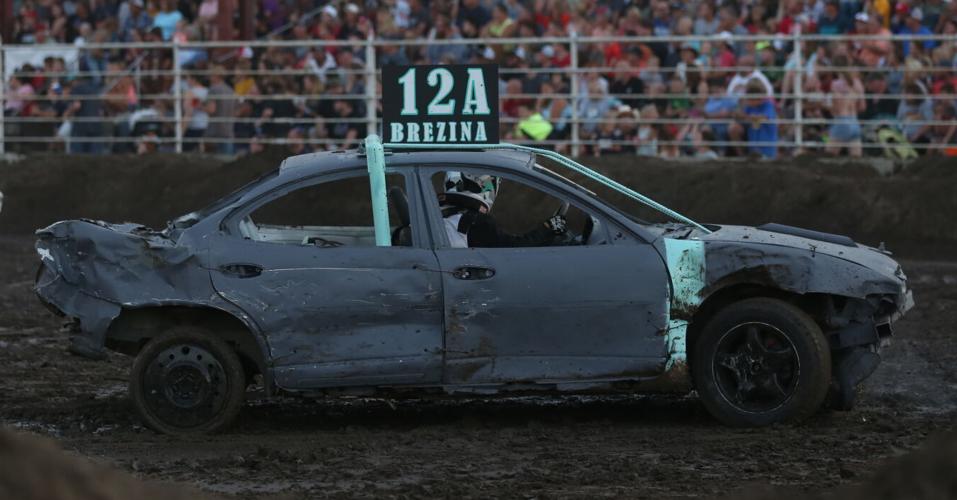 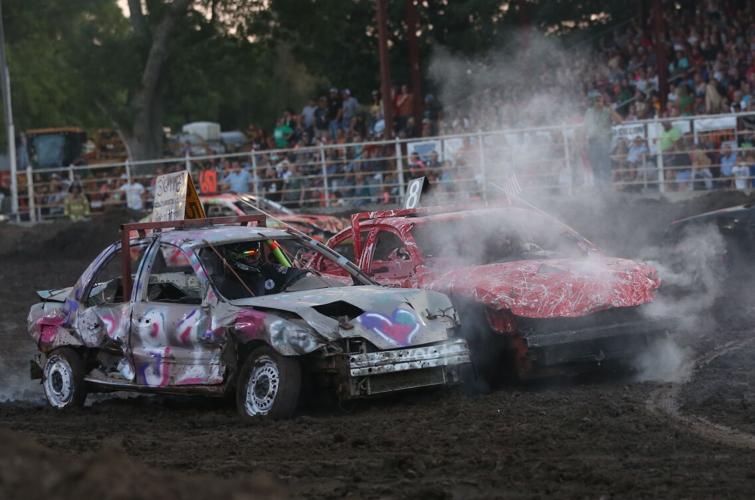 WAHOO- If you are a racing fan of any kind, then the Saunders County Fair was the place to be on July 28 for the annual Figure 8 races. Winning this year’s event was Collin Demuth in the Open Class, A.J. Hansen in the Stock Class, and then Brian Pribyl in the Compact Class.

There was only one disqualification that was handed during the races and that went to Matthew Shockey who was initially determined the winner of the Stock Car Feature. Other than that, it was a clean night of racing.

On July 29, it was the demo’s turn to take center stage at the fair. There were five different categories this year which included Bonestock, Limited Weld, 90’s & Newer, Combines, and Modified Compacts.

A new class for this year’s demo was the Combines which featured six contestants. Coming out as the champion of the group was Derrick Ptacek with “Melvins Hellim”.

Winning the Bonestock Class was Kirk Sake and Dalton Wortman picked up first in the Limited Weld. The last man standing in the 90s and Newer competition was Todd Blaske and Kevin Odman took first in the Modified Compacts.

On top of the great showing by the drivers on both nights, the weather was beautiful for the events as well. This is one of the factors why there were crowds that exceeded the seating in the Rodeo Arena on the Saunders County Fairgrounds on both nights.

The rest of the results from the Figure 8 races and the Demolition Derby can be found below.

ASHLAND – For more than two months before the annual quilt auction at Carol Joy Holling Camp takes place, a group of women work diligently to …

Pat Proctor was raised on a farm two miles north of Memphis, Nebraska – the daughter of Bohumil and Mabel Pacula. She attended District 6 coun…

WAHOO – Aside from a little bit of rain and a couple of lightning flashes, the weather for the 2022 Saunders County Fair was perfect.