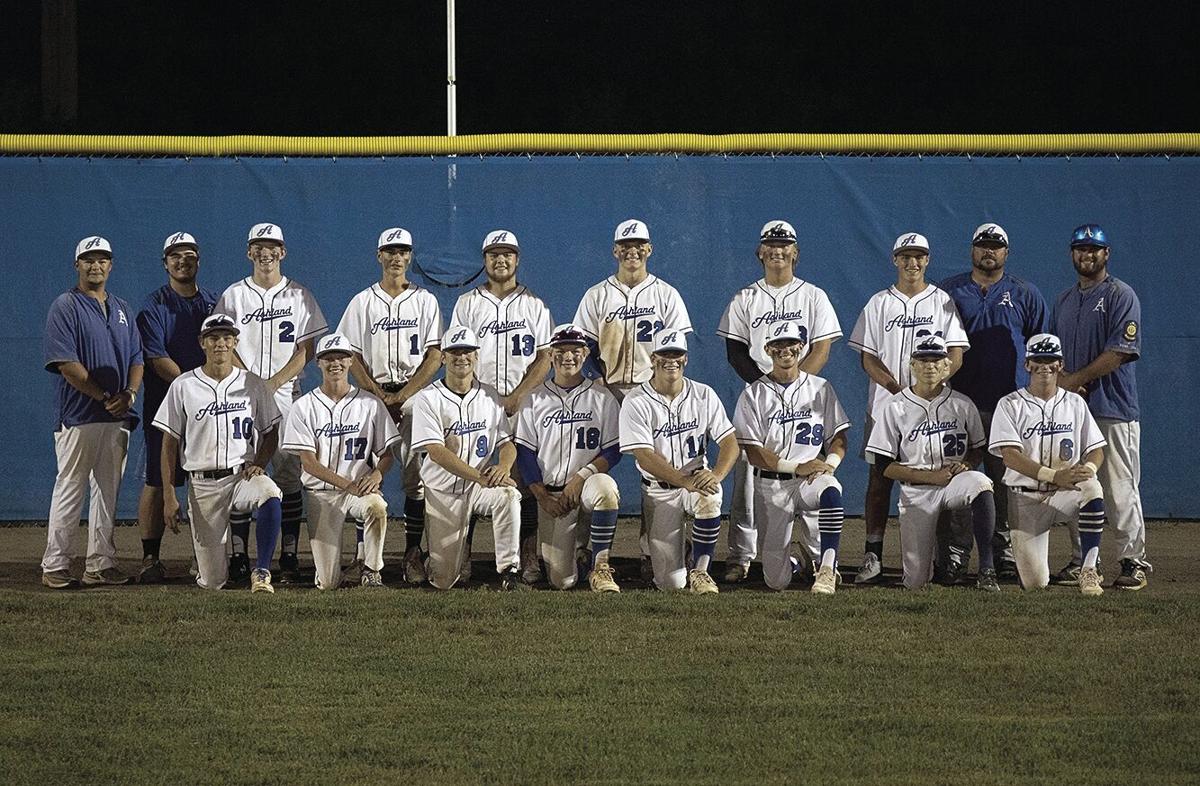 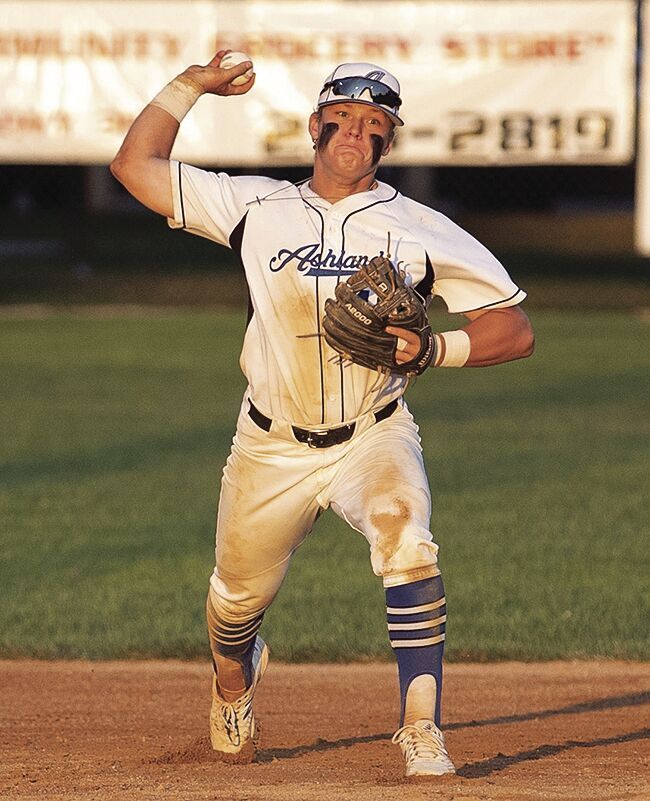 TO FIRST: Shortshop Hunter Washburn fires a throw to first place during the championship game against Hickman on Sunday in Bennington.(Photo by Maddie Washburn)

BENNINGTON – The Ashland Senior Legion baseball team saw their 2020 senior legion season come to an end in Bennington over the weekend at the COVID-19 State Tournament.

Prior to competing in the state tournament the Jays lost to Auburn 7-0 on July 27.

The Bulldogs scored four runs in the fifth to break open a close game and roll to a victory over Ashland.

This was the last regular season game for the Jays. Despite getting seven hits, Ashland could not score in this one.

Brody Maack started on the mound and was tagged with the loss. Hunter Washburn relieved him, pitching two innings in relief, and Kyle vonRentzell pitched the final inning.

Luke Ballard, Carter Washburn and Max Bendler each had two hits, and Archer Vogt had a double.

The state Class B Tournament was organized by the coaches. The South Division was originally scheduled to be played in Hickman but their field flooded. Next up was Plattsmouth but they had a player test positive for COVID-19 and had to drop out, so pool play was moved to Ashland.

In the first game of pool play last Thursday night the Jays scored three runs on four hits in the sixth to break a 19-inning scoreless drought and defeat the Beatrice Orange 3-2.

Beatrice had taken an early lead 1-0 in the third inning and scored a single run in the seventh. They had the tying run on third with one out but could not bring it across. What made this victory even more remarkable was that those three runs and four hits were the only runs and hits Beatrice allowed the entire tournament.

Ballard started on the mound for the Bluejays and pitched into the fourth. Caleb Juedes relived Ballard and held Beatrice scoreless in his stint on the mound in picking up the win. Kyle vonRentzell started the seventh but he gave up a double and a walk and was relieved by Hunter Washburn who retired the next three hitters to pick up the save.

In the second game of pool play the Bluejays scored a nail biting 6-5 win over the Nebraska City Pioneers on Friday in Ashland to clinch first place in their pool and a trip to the semifinals.

Nebraska City quickly jumped ahead with three runs in the first inning. But, the Jays cut it to 3-2 with two in their half of the first. The Pioneers added a run in the third to take a 4-2 lead. But the Jays scored three in their half of the third to lead 5-4 and added another run in the fourth to make it 6-4. There the score stood until the seventh when Nebraska City scored a single run and had the bases loaded before the final hitter struck out.

Levi Kennedy pitched the first three innings in picking up the win. Maack relieved Kennedy in the fourth and was relieved by Hunter Washburn with two out in the fourth. Except for the run in the seventh, Washburn shut down the Pioneers the rest of the way and picked up his second save in as many days.

Ballard was 2-for-2 with a triple and Hunter Washburn was 2-for-3 with a double. Tyson Lewis was also 2-for-3 and Carter Washburn and Jake Rice each had one hit.

In what turned out to be a meaningless game, Ashland simply did not have it as they were defeated by the Elkhorn Mount Michael Knights 11-3 in the final game of pool play, on Saturday in Ashland.

The teams traded runs in the first inning. The Knights scored three runs in the third to make it 4-1, but the Jays came back with two in their half of the third to cut it to 4-3. From then on it was all Knights as they scored four in the fourth and three in the fifth to win going away.

Ethan Scheer started on the mound for the Jays and took the loss. Scheer was relieved by Emerick Hegwood in the fifth.

Hunter Washburn, Carroll and Bendler each had two hits, and Tyson Lewis, Rice and Maack each had one.

The Bluejays used a 12-run fifth inning to destroy the Springfield Trojans 18-1 on Sunday afternoon in the state semifinals in Bennington.

Rice pitched by far, his best game of the season in picking up the win.

The Hickman Titans exploded for eight runs in the ninth to defeat the Ashland Bluejays for the State Championship Sunday on Sunday in Bennington.

The final score certainly was not indicative of the game as Ashland actually came within an out of upsetting the heavily favored Titans.

Hickman started things off with a run in the first inning. But, Ashland scored twice in their half the first to take a one-run lead. Hickman tied it with a single run in the third. The Jays scored twice in the fourth to take a 4-2 lead. This lead would hold up until with two out in the seventh, a base hit by Hickman scored the tying run, breaking the hearts of Ashland rooters everywhere. Then came the ninth inning explosion.

Carroll pitched the first four innings. Grauerholz relieved him in the fifth and though he ended up taking the loss, came within one out of picking up a three-inning save against the state’s No. 1 team. Maack relieved Grauerholz in the ninth, and was relieved by Hegwood who got the final three outs.

VonRentzell had a pair of doubles to lead the Jay hitters. Ballard, Carter Washburn, Rice and Tyson Lewis each had one hit.

Jays deny conversion to hang on for one-point win

ASHLAND – It was a thrilling home opener for the Ashland-Greenwood Bluejays on Friday night.

ASHLAND – After getting rained out Sept. 10 the Ashland-Greenwood Bluejays returned to action on Saturday to play host to an invitational.

TO FIRST: Shortshop Hunter Washburn fires a throw to first place during the championship game against Hickman on Sunday in Bennington.(Photo by Maddie Washburn)